Tata has rolled out the first Safari to complete production 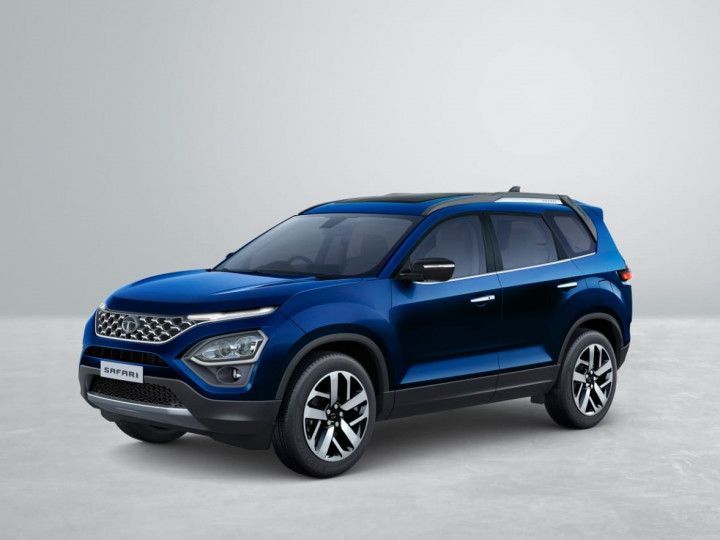 Tata has revealed the all-new Safari. The successor to the iconic badge is a three-row SUV based on the Harrier. We had earlier reported the commencement of the SUV's production. Tata has now announced the official roll-out of the first Safari to complete production. The production-spec Safari confirms all the changes first seen in numerous spy shots.

In terms of design, the third-gen Safari retains most of the elements from its concept, the Gravitas. While it is based on the Harrier, it does get some distinguishing features on the exterior. The SUV features Tata’s tri-arrow grille, a stepped roof to accommodate the extra row of seats inside, roof rails, and an upright tailgate.

Under the hood, the Safari will be powered by the Harrier’s 2.0-litre diesel engine. It puts out 170PS of grunt and 350Nm of torque via either a 6-speed manual or a 6-speed torque converter. Tata has confirmed that like its heritage, the new Safari will be capable of accommodating an all-wheel drivetrain, the production of which would be based on demand.

Tata has not revealed the interiors yet, but the Gravitas concept has given us a fair idea of what to expect. It is likely to get a fresh look, thanks to the black-creme colour scheme (as seen in the Gravitas). While most of the Harrier’s features will make it to the list, expect the Safari to get value additions like an electronic parking brake, connected car tech, and a powered tailgate.

The Safari will come in a 6-seater and a 7-seater version, which would liken it to the MG Hector Plus and the upcoming 2021 Mahindra XUV500. The SUV is expected to start retailing from Rs 15 lakh (ex-showroom) onwards.

Unofficial pre-launch bookings of the SUV are now underway for a token amount of Rs 51,000. The new Safari's exact details should be out by the end of January, followed by its launch in the coming weeks.