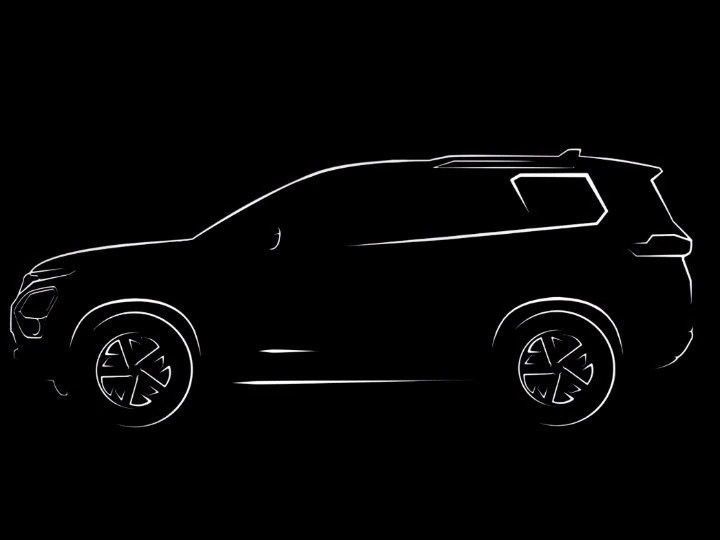 Tata recently revealed that the upcoming Gravitas is actually the successor to the Safari and will retain the iconic name. The upcoming SUV was first showcased at the 2019 Geneva Motor Show as Buzzard and then at Auto Expo 2020 as Gravitas, and has since seen considerable delays in its launch. Recent spy shots at Tata’s plant reveal that production of the new Safari is already underway, giving us a peek at the production-spec version, including a new blue colour option.

Despite having a front-end that resembles the Harrier, the upcoming Safari will sport some distinctive design elements. These include an upright tailgate, new set of alloy wheels, tri-arrow grille finished in silver, and a stepped roof. In terms of dimensions, the Safari will be longer and taller than the Harrier to accommodate the extra row of seats. The Safari is expected to come in a 6-seater version with captain seats in the middle row as well as a 7-seater version with bench seats in the middle row.

Inside, the Safari gets the same dashboard layout as the Harrier, but with an airier feel to it thanks to the dual-tone black-creme colour scheme. Features such as the 8.8-inch touchscreen infotainment system, JBL sound system, drive modes, 7-inch multi-info display, and cruise control are expected to be borrowed from the Harrier. The Safari could get additional features such as an electronic parking brake, connected car tech, and a powered tailgate which the Harrier misses out on.

Under the hood, the Safari will get the FCA-sourced 2.0-litre diesel engine seen in the Harrier. It puts out 170PS and 350Nm. Power is sent to the front wheels via either a 6-speed manual gearbox or a 6-speed torque converter. The Safari is also capable of accommodating an all-wheel drivetrain, depending on the demand. A turbo-petrol powertrain could be on the cards with Tata also hinting at an electric powertrain.

Pre-launch bookings for the Safari have already commenced at select dealerships for a token amount of Rs 51,000. The three-row SUV will be unveiled on January 26 and is expected to be priced between Rs 14 lakh and Rs 21 lakh (ex-showroom). It will lock horns with the MG Hector Plus and the upcoming 2021 Mahindra XUV500.