Patent images of the model in question have been leaked online 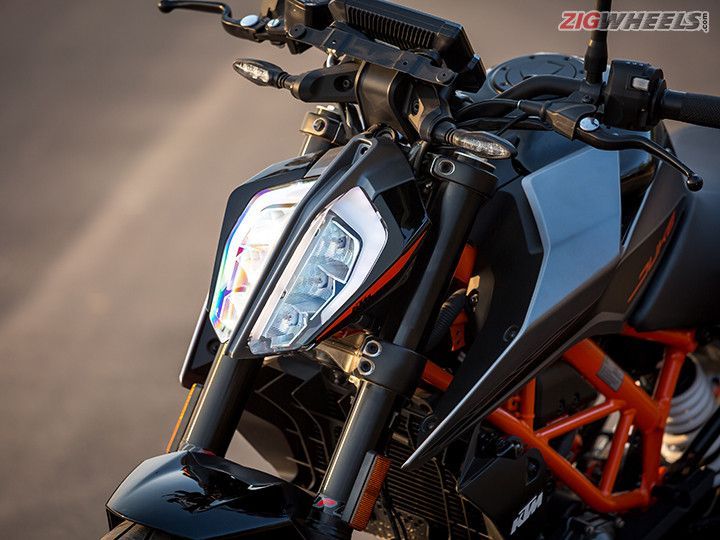 KTM has never held back from offering several unique features on its smaller, more affordable models. Take the current-gen 390 Duke and Adventure, for instance, which come packed with fancy equipment such as a Bluetooth-enabled colour TFT console, a quickshifter, premium forks, and switchable ABS. And just when you thought KTM had reached its absolute limit of cramming in tech into small bikes, leaked patent images suggest there’s a new model in the pipeline. This one reportedly being the next generation 390 Duke with cruise control.

Radar cruise control technology on bikes isn’t exactly news, manufacturers such as BMW and Ducati already have them on their production bikes. However, introducing this feature on budget bikes to make the technology more accessible is KTM’s strong suit. We just hope it delivers.

The patent images showcase the radar sensor sitting in between the LED headlight heatsink which means there’s a minor revision in the design. Also worth noting is the fact that the leaked image of the 390 showcases the bike with spoked wheels, rather than alloys. Could this hint at a new variant?

The literature in the document suggests the bike may only make use of a single LADAR sensor positioned up front, rather than two (front and back), thereby reducing costs. A LADAR sensor uses laser radiation to measure distance and speed which enables adaptive cruise control.

What’s currently unknown, though, is if the system will simply signal the rider of an oncoming threat via the console or intervene and possibly, apply emergency brakes by itself. The former is more likely as the latter could turn out to be quite expensive and would defeat the entire purpose of budget-friendly bikes. Even if KTM decides to offer a slightly sophisticated version of the feature, it’ll only be available in the international spec. The India-spec model, on the other hand, may receive a simpler version limited to cruise control.

It won’t be implausible to believe that the same system or even an advanced version could be introduced with KTM’s upcoming 490 range of motorcycles. Just in case you’re wondering, here’s what the Orange brand has in store for us next year.