Here’s What KTM Has In Store For Us Next Year 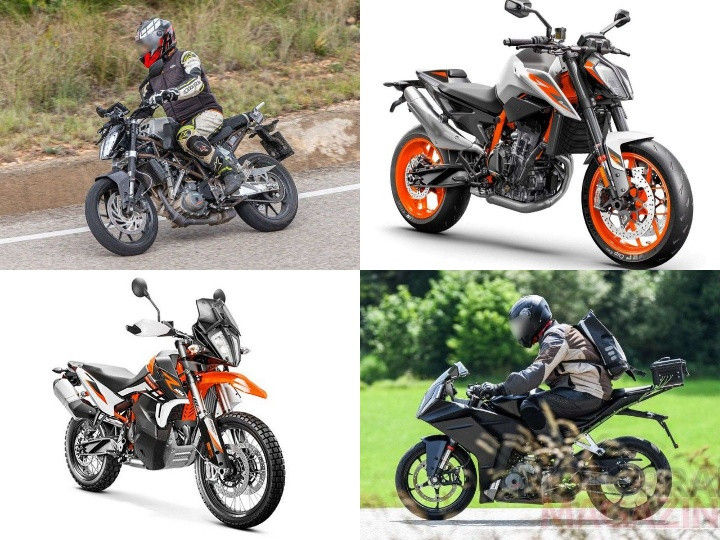 Ever since it first set foot in India back in 2012, KTM has produced a steady stream of interesting and exciting new motorcycles for us, and 2021 is set to be no different. Eager to put a COVID-stricken 2020 behind itself, KTM has a host of new launches lined up for 2021, so here’s everything that you can expect from the Austrian manufacturer:

While most KTM models have been periodically refreshed, the RC 390 is now getting a little long in the tooth, having seen no major updates since it was first launched back in 2014. Sure, it was given the ride-by-wire treatment and even gained a slipper clutch, but while its naked and adventure siblings enjoy LED headlights and fancy Bluetooth-equipped TFT displays, the RC soldiers on with halogen projectors and the old LCD instrumentation.

That’s all set to change in 2021, with an all-new RC 390 incoming. This isn't just another sticker facelift, oh no. The 2021 RC 390 will feature completely reworked styling, a new frame, and updated cycle parts. It’s not beyond the realm of possibility for KTM to throw in an IMU and traction control too! The fresh design will give the bike a new fascia, complete with an LED headlight, and test mules have also been spotted with a TFT display.

For the longest time, the Duke was the most modern model in the 390 lineup, and it’s definitely not going to get left behind in 2021. We expect a fairly thorough update to the 390 Duke for next year, with spy shots showing a revised frame, new swingarm and most likely updated suspension as well. What the spy shots don’t show but what we do expect, is for KTM to throw in electronic goodies like lean-sensitive traction control and ABS too. It’d be a pity if all these updates weren’t accompanied by an aesthetic revision as well, so we do expect KTM to refresh the Duke’s styling as well. Like the RC, the Duke will receive a price hike, but we expect its magnitude to be smaller, with the updated bike coming in at around Rs 2.7 lakh.

KTM’s proper ‘big bike’ operation in India was rather short-lived, with the thrilling 790 Duke only on sale for a few short months before the BS6 emission norms kicked in. We’re happy to report that there are more big bikes coming for 2021, starting with the 890 Duke. Right now, it exists only in a high-performance ‘R’ version, but we expect a standard 890 Duke to break cover and come to India next year, replacing the previous 790. Of course, power and torque will see an increase, but so will the price tag, with an expected sticker price in the range of Rs 10 lakh.

After much fanfare, KTM finally kicked off its Adventure innings in India this year, and now it has not just one but two Adventure models on sale in our country. That number is expected to grow further next year, because the 890 platform has also spawned an 890 Adventure, along with its more hardcore ‘R’ version. We expect at least one, if not both of these variants, to make their way to our shores in 2021, starting at around Rs 12 lakh.

There’s going to be quite a few of you reading this with a lot of questions. What about the 490s? Why has the 790 gone away? Any electric plans?

Fortunately, we have some answers. The parallel-twin 490 platform is definitely in the works, but we don’t think it will be ready in time for a 2021 launch. The 790s are being scaled down to 750s, to form more affordable offerings that will take on the likes of the Triumph Trident 660 and Kawasaki Z650. KTM is working with Bajaj on an electric platform which will spawn a KTM electric scooter, but again, we don’t expect this to see the light of day in 2021.