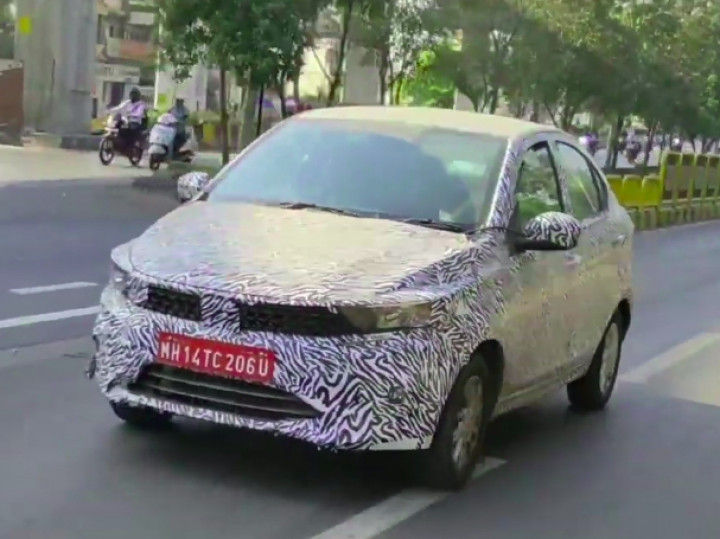 Tata Motors has started testing the facelifted Tigor EV in the country. The test mule spied here looks similar to the recently launched BS6-compliant Tigor. We expect the updated Tigor EV to hit Tata showrooms in the coming days.

The facelifted Tata Tigor EV looks similar to its ICE sibling and comes with a revamped front end. It now features a sharper grille that merges seamlessly with the new halogen headlamps. The front bumper looks quite similar to the standard model and is expected to feature LED DRLs. This particular test mule doesn’t feature any changes to its side or rear. However, we expect Tata to offer dual-tone alloy wheels to freshen up the design.

Inside, we expect very minor changes to the Tigor EV’s cabin. It could utilise the Altroz’ sleek three-spoke steering wheel and a different interior colour scheme. Other possible upgrades include an updated touchscreen infotainment system with Android Auto and Apple CarPlay.

The facelifted Tigor EV is expected to utilise the same electric powertrain as the current car. The electric motor in the current model develops 41PS and 105Nm. It’s paired to a 21.5kWh battery pack and offers a claimed range of 213km.

We expect the facelifted Tigor EV to cost slightly more than the current model which is priced from Rs 9.54 lakh (ex-showroom). The Tigor EV rivals the Mahindra e-Verito in the Indian electric vehicle space.