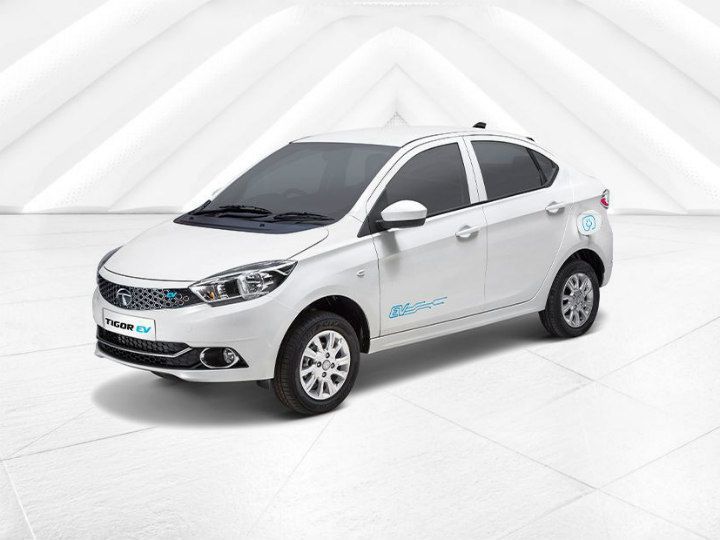 Good news for those eyeing the electric version of the Tata Tigor: The carmaker has announced a price cut of upto Rs 80,000 from August 2019. The reduction in prices is thanks to the slashing of GST rates on electric vehicles from 12 per cent earlier to 5 per cent.

The price cut will affect both the XM variant and the XT variant of the EV. However, these prices do not include the FAME subsidy & TCS.

The Tigor EV looks nearly identical to the standard model but it is powered by a 40PS (30kW) electric motor that makes 105Nm of torque. It provides a range of just over 140km as per the Modified Indian Driving Cycle (MIDC) and tops out at 80kmph. It charges from a standard AC socket in around 6 hours, whereas DC fast charging will take almost 90 mins for the battery level to go from 0 to 80 per cent. The Tigor EV is limited to just three colour options (while, blue and silver), whereas the standard car is available in six. The Tigor EV also comes with a 3-year/1,25,000km warranty.

Both variants get more or less the same equipment, aside from the alloy wheels and electrically adjustable outside rear view mirrors. Inside, the EV comes with a non-touch display and the Bluetooth-enabled sound system that is present on equivalent variants of the ICE Tigor. The top-spec XZ+ variant of the standard Tigor differs from the lower variants by packing a 7-inch touchscreen with both Android Auto and Apple CarPlay support. The Tigor EV, however, does get auto climate control, which is only present in the top-spec XZ+ variant of the standard Tigor. The EV also gets standard safety features like dual front airbags, ABS and rear parking sensors.

The Tigor EV is currently available only for fleet operation. Personal registrations are not being accepted as of now. Customers can however rent the EV via a Zoomcar subscription should they desire.