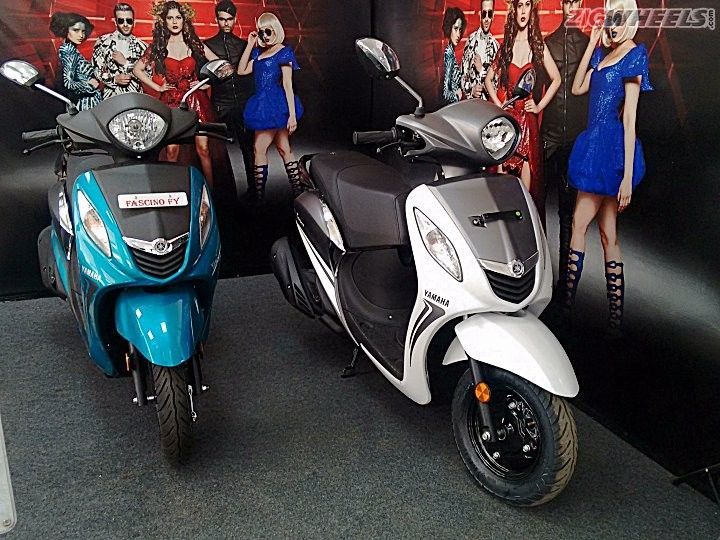 In compliance with the BS-IV emission norms which will come into effect from April 1, 2017, throughout the country, Yamaha has launched an updated version of the Fascino. The scooter now gets a BS-IV compliant engine along with Automatic Headlamp On (AHO) feature. Four dual-tone colour options – Fusion Red, Blending Blue, Mingling Cyan, Unite White – have been added to the current list of Sassy Cyan and Haute White. With the earlier model, the company offered matt and gloss colors as offerings. The 2017 model, though, gets matt and gloss in a single colour scheme.

The Yamaha Fascino gets a Blue core 113cc engine which develops 7.1PS @ 7500rpm and a peak torque of 8.1Nm @ 5000rpm. The scooter gets an underbone- type chassis with telescopic suspensions at the front and unit swing unit at the rear. It gets drum brakes and tubeless tyres both at the front and rear, a 5.2-litre fuel tank, and weighs 103kg.

The scooter is now available on sale and priced at Rs 61,700 (on-road, Delhi). It faces competition from the Honda Activa, TVS Jupiter and the Hero Duet.