The Japanese manufacturer is expected to launch some or all the models in its BS6 lineup on 19 December. And we hear the new Fascino might just be the star of the show 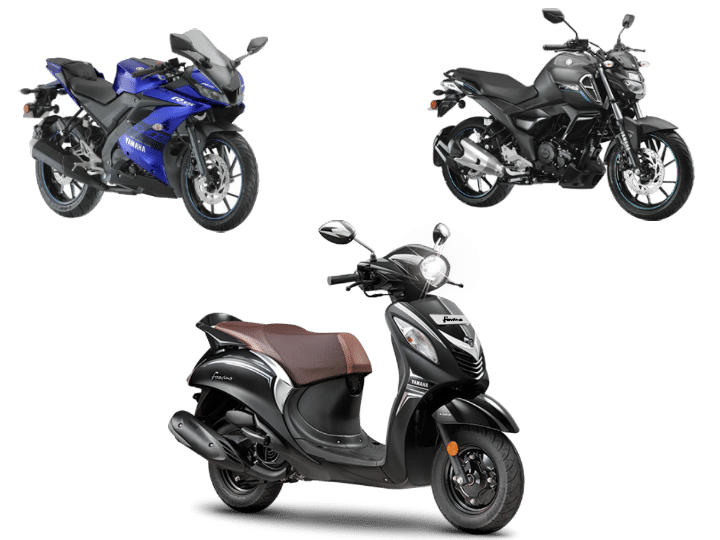 You might want to update your Christmas shopping list, because Yamaha is expected to unveil its BS6-compliant lineup on 19 December in Chennai. This comes hot on the heels of spy shots of an updated Fascino that we came across a few weeks ago, as well as leaked documents revealing the specs for the R15 and FZ. Hence, we expect the updated lineup to comprise both scooters and motorcycles.

Aside from the 113cc engine receiving fuel injection, the new Fascino will also get revised bodywork and likely an external fuel filler. That should create more underseat storage space, which at 21 litres for the current model is pretty decent. Front wheel size should be upped to 12 inches as well. It should improve the scooter’s stability over bad roads. The rear seems to carry over the same 10-inch wheel. We expect the updated motor to have numbers similar to the current motor’s 7.2PS and 8.2Nm. However, thanks to fuel injection we can expect fuel efficiency to improve.

Unlike the Fascino, the BS6 R15 and FZ are expected to carry the same bodywork, maybe with revised graphics. Both the BS6 Yamaha FZ-S FI Version 3.0 and FZ FI Version 3.0 make 12.3PS, which is 0.9PS less than the current BS4 models. However, the power is made 750rpm lower down so maybe Yamaha could have tuned the motor for better low down grunt.

It is the same case with the BS6 R15 V3.0. Its tech-heavy 149cc liquid-cooled powerplant takes a performance hit and now makes 18.63PS, which is 0.67PS less than the BS4 model. Like the FZ models, the R15 V3.0 is expected to get new graphics as well. The MT-15 could quite possibly be updated to BS6 as well.