New Mahindra Scorpio Will Have Similar Power Figures As The XUV700 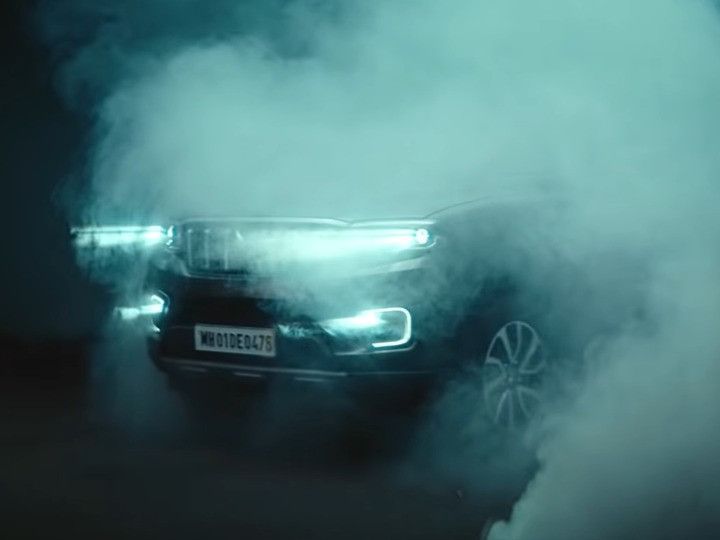 The 2022 Mahindra Scorpio will offer similar engine specs as the current XUV700. In the latter, the 2-litre turbo petrol and 2.2-litre turbo-diesel engines are tuned for 200PS and 185PS. The latest teaser from Mahindra hints at the next-generation Scorpio being “fast”, which means that it’ll get more powerful powertrains:

Will the new Scorpio be a faster SUV?

The teaser mentioned earlier might be hinting at the 2022 Mahindra Scorpio’s high top speed. In the XUV700, the 200PS/380Nm petrol engine is enough to get the SUV to a claimed top speed of 200kmph. In fact, we were able to get it up to 193kmph on our test run! Even the diesel variant with its 185PS/450Nm peak output managed to reach 188kmph, and you can see these results in our video:

We expect these top speed figures to be different for the new Scorpio, since being a ladder frame-based SUV it’ll be structurally different from the monocoque XUV700 and would be heavier too. Nevertheless, it’ll still make more power than the current Scorpio’s 120PS/280Nm and 140PS/319Nm diesel engines. While the older Scorpio was offered with both a 5-speed manual and a 6-speed manual transmission, the next-generation model will get either a 6-speed manual or a 6-speed automatic. It’ll likely be paired with a 4x4 system on higher-spec variants.

Lower-spec variants will likely be powered by the 2.2-litre diesel engine in a less powerful state of tune. In the XUV700, it produces 155PS and 360Nm and in the Thar, the same engine is rated at 130PS and 300Nm.

Price-wise, “the big daddy of SUVs” will be an alternative to the Hyundai Creta and VW Taigun. But while its compact SUV rivals are front-wheel-drive with smaller, less powerful engines, judging by the teaser, the Scorpio will offer similar power outputs and 4x4 capabilities as the much bigger Toyota Fortuner, MG Gloster or even Mahindra Alturas G4 at half the price of the full-sizers. For reference, the Fortuner is offered with a 166PS petrol and a 204PS diesel engine, while the Gloster can be had with 163PS and 218PS diesel powertrains.

In addition, the next-gen Scorpio will be on par with its full-sized SUVs in terms of features, with equipment such as a single pane sunroof, LED headlights, 8-inch touchscreen and dual-zone climate control. It’ll have six airbags and a 360-degree camera, but it remains to be seen if the driver assistance and active safety features that we’ve seen on the XUV700 will be present in the Scorpio.

We expect the forthcoming Mahindra Scorpio to break cover in June 2022. Entry-level variants are expected to start from Rs 10 lakh onwards, although the top-spec automatic variant(s) will be pricey. Nevertheless, the Scorpio will still be a much more affordable alternative to its full-size SUV rivals that cost upwards of Rs 31 lakh (ex-showroom). Mahindra already offers the Alturas G4 in the D-segment.