…And if you ever run out of charge, you could always rely on some good old pedal power 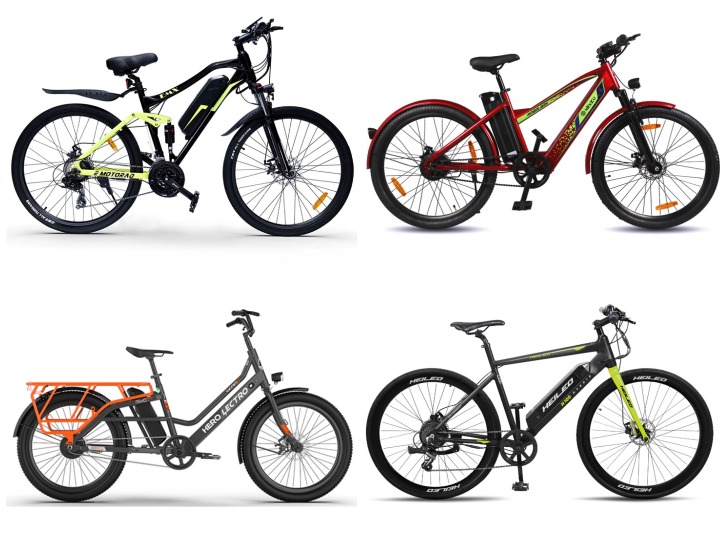 The electric segment in India has grown exponentially over the past couple of years. There's more awareness around electric two-wheelers, and with the recent developments in the country's infrastructure, things are only about to get better.

Range anxiety is still a problem though, as there aren't enough fast chargers across the country to cater to all EVs. So, if you want to get around without worrying about range, we'd bet on e-cycles instead. They offer several benefits over electric bikes or scooters, including significantly lower maintenance and a much smaller carbon footprint. Not to mention, if you ever run out of charge, you could just switch to pedal power to get around. If you're wondering, here are the top five Indian e-cycles offering the best ranges.

First up is the EMotorad EMX, with a little over 45km of range per charge. Plenty of juice for your daily errands or commutes. And mind you, this is the least impressive cycle here in terms of range, so that's saying something.

The seat's well padded, so you can trundle along without worrying about back issues. The dual shocks are also equally functional and do a good enough job soaking in bumps and potholes. EMotorad's flagship product, the EMX, comes packed to the teeth with features ranging from a detachable lithium-ion battery with a quick-release mechanism, Shimano Tourney 21-speed drivetrain, disc brakes at both ends, a small LED headlight to an LCD screen with a host of readouts.

Simple yet functional, that's the Lectro WINN-X in our eyes. While it isn't the prettiest bike here, it's perfect for those looking to get the most out of their e-cycle without burning a hole in their pocket. The extra large carrier out back can be used to haul a decent amount of luggage. A comfortable riding posture, what looks like a well-padded seat, and a healthy battery should offer a range between 70-75km on a single charge.

We think it'd be the perfect fit for daily runabouts with a claimed running cost of 20 paisa/km (10% of the petrol). It could even find a place for itself in the B2B segment and cater to e-commerce platforms.

Add another Rs 13,000 to your budget, and you could get your hands on the Toutche Heileo M100. The bike packs a 10.4Ah, 36V Li-Ion detachable battery returning a pedal-assisted range of about 60-80km, depending on the terrain. You could even rely completely on the throttle and still get about 25km per charge. Plug it in for about 2.5 hours while you're at work, and you're good to go again.

Alternatively, switch to pedal power if you're feeling a bit enthusiastic and work out a sweat on your way back home. We'd say it's perfect for beginner riders favouring being healthy.

An odd-looking e-cycle, yes, but on the bright side, it could pass for an e-bike if you squint a bit. Honestly, though, the Polarity Smart SK2 can hit a top speed of 70kmph and offer a range of 80km per charge on pedal assist. That's mind-boggling if you ask us.

You can fully charge the battery in four hours using a conventional five-amp charging socket or drop the time down to just two hours using a fast charger. Unfortunately, the cycle's battery isn't removable, so you can only pray and hope that your office has a power socket somewhere in the parking lot.

The Nexu Roadlark may look like a boring conventional cycle, but it's anything but that. Its dual battery setup allows it to return a range of 100km, using pedal assist, and a whopping 70km per charge purely on the throttle. A full charge takes between three to four hours via a conventional five-amp socket. But the icing on the cake is the price. At Rs 46,999, the Roadlark Bazinga has got to be the most practical, no-nonsense e-cycle here.

Sure, the overall feature list is pretty basic, but if you're looking for an e-cycle to get you from point A to B without hiccups, we think the Bazinga makes a strong case for itself. 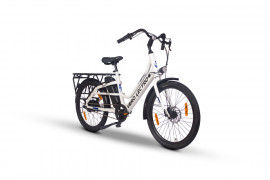 Hero Lectro WINN-X
Be the first one to review
Rs. 44,419
View October Offers