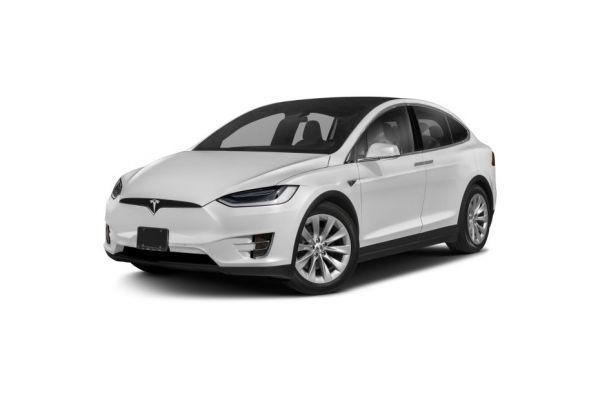 5.0
(1 reviews)
Rate this car
Alert me when launched Ask A Question

Like the S, the X is also available in three variants - 75D, 100D and P100D. The basic idea remains the same, with the 75D featuring a smaller battery pack (75 kWh) and the 100D and P100D sharing the same 100 kWh battery pack. The P100D also features the performance motor that makes it one of the quickest and fastest crossovers in the world. However, because of the bigger body, the performance figures fall short of those of the Model S. The 75D can run for 417km on a full charge, reach a top speed of 209kmph and hit 100kmph from a standstill in 4.9 seconds. The same figures for the 100D stand at 565km, 250kmph (limited) and 4.7 seconds respectively. The performance motor in the P100D brings down the range to 541km but can achieve the same top speed of 250kmph, which is electronically limited, and hit 100kmph from naught in just 2.9 seconds.

In all three variants, features like full self-driving capability, enhanced autopilot and 20-inch Pirelli winter tyres are offered as optional extras. However, an 8-year, infinite kilometres warranty for the battery and drive unit, and a 4-year/80,467km warranty for the entire package is available in all three variants. The standard kit on the 75D and the 100D remains identical and both get the option of a ‘Premium Upgrade Package’. The P100D gets additional features like heated seats, choice of premium interiors, HEPA air filter and a heated steering wheel. If we had to choose, it’s the 100D that gets our nod. The P100D is way more expensive and its blistering performance isn’t quite applicable for day-to-day drives.

Tesla tags it as an SUV but we are more accustomed to the term ‘crossover’ for what the Model X looks like. It isn’t as tall or as boxy as a conventional SUV. In fact, it looks more like a swollen version of the Model S. The main differences lie in the bigger alloy wheels (20-inch as standard and 22-inch optional), gullwing rear doors, which work better in tight parking spaces, and a taller overall stance. The hatchback tailgate is present here and, in case you are wondering, the opening and closing operation of the front set of side doors is old fashioned.

No points for guessing, the resemblance of things inside the cabin with the Model S is uncanny. The 17-inch touchscreen display that controls almost all aspects of the car is exactly the same, and dominates the dashboard. The standard 5-seater layout can be upped to a 6- or a 7-seat configuration for an additional fee. Like the Model S, the X comes with two dedicated places for cargo. But, weirdly Tesla hasn’t revealed the official volume figures. With a 5-seat layout, the Model X would definitely accommodate more luggage than the Model S.

There are currently no direct rivals to the Tesla Model X. But size wise it falls in the range of the Audi Q7, Volvo XC90, Mercedes-Benz GLS and the BMW X5.

Tesla Model X is going to launch in India with an estimated price of Rs. 2.00 Crore

What is the expected price of Tesla Model X?

The price of Tesla Model X is expected to be Rs. 2.00 Crore.

What is the launch date of Tesla Model X?

The estimated launch date of Tesla Model X is January 2022.