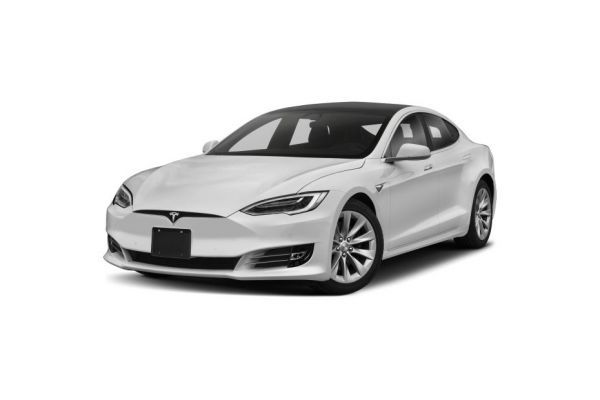 The are three variants on offer - 75D, 100D and P100D. All three get a single speed gearbox and all-wheel drive as standard. The real difference lies in the battery pack and the performance motor which is only available in the top-spec P100D. The 75D boasts a 75 kWh battery pack that gives it a range of up to 489km, a top speed of 225kmph. 0-100kmph can be completed in 4.2 seconds. The figures for the 100D, on the other hand, stand at 100 kWh, 632km, 250kmph (limited) and 0-100kmph in 4.1 seconds. As you’d expect, the performance motor ups the oomph factor but reduces the travel range. The same 100 kWh battery can last up to 613km, reach a limited top speed of 250kmph and complete the sprint to 100kmph is just 2.5 seconds. No matter how you look at these figures, they are astonishingly brilliant.

As mentioned above, there are three variants available. No matter which one you pick, you’ll have to pay extra for winter-special 19-inch Pirelli tyres, rear-facing seats in the boot, full autonomous driving capability and enhanced autopilot. All variants come with an 8-year, infinite kilometres warranty for the battery and drive unit, and a 4-year/80,467km warranty for the entire package. The standard kit on the 75D and the 100D remains identical and both get the option of a ‘Premium Upgrade Package’. The P100D gets additional features like heated seats, choice of premium interiors, HEPA air filter and a heated steering wheel. If we had to choose, it’s the 100D that gets our nod. The P100D is way more expensive and its blistering performance isn’t quite applicable for day-to-day drives.

Even though it looks quite conventional, what lies beneath Tesla’s flagship sedan is anything but. At the front, the minimalistic bumper design and the T-shaped grille flanked by stylish LED headlamp enclosures give the Model S a distinctive face. From the side, the Tesla’s silhouette resembles a coupe more than a three-box sedan. The standard 10-spoke, 19-inch wheels accentuate the sporty quotient further. The 10-spoke, 20-inch wheels are available as optional extras. The tailgate is like that of a hatchback, and opens wide and tall along with the rear windshield. The reason why the design is so in-tune with the times is to make the four-door saloon more acceptable to the masses.

Yes, there is a circular steering wheel and there are seats to carry five passengers. But that’s where similarities between the Model S and saloons from any other manufacturer end. Two digital screens control and display every information relating to the car. The first screen acts as the instrument cluster while the larger 17-inch touchscreen display on the centre console relays information such as battery charge, energy consumption, sat-nav. It also displays the controls for the sound system, AC, sunroof and demister. The interior upholstery looks classy and understated at the same time. The real kicker is the massive cargo volume. The Tesla Model S has two boots - one under the bonnet and the other behind the rear seats. The cumulative volume stands at over 802-litres (over 1,704-litres with the rear seats folded).

Because of its a revolutionary package, the Model S doesn’t have a direct competitor. However, it is similarly sized as the BMW 5 Series, Mercedes-Benz E-Class, Volvo S90, Jaguar XF and Audi A6.

Tesla Model S is going to launch in India with an estimated price of Rs. 1.5 Crore