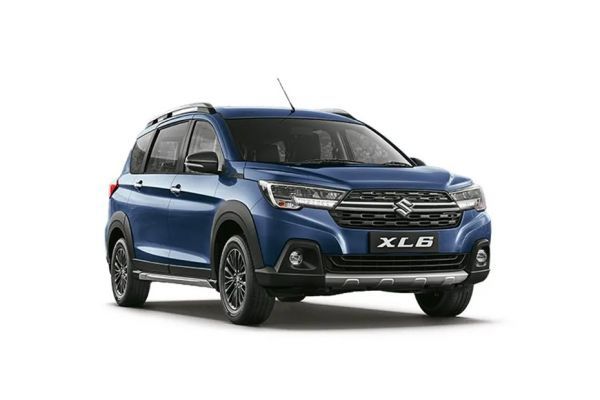 Maruti XL6 is a 6 seater muv car launched at a base price of Rs. 9.85 lakh in August 2019 by Maruti Suzuki in India. XL6 is available in petrol engine only . XL6 petrol is powered by 1462cc engine claiming mileage of 19.01kmpl. XL6 also comes with automatic transmission. It is available in 4 variants and 6 colours.

Maruti Suzuki has announced up to 4.7 per cent hike in the prices on across all variants of select models including the XL6. The carmaker has cited increased input costs as the reason.

Maruti Suzuki has launched the XL6 premium MPV. It is priced from Rs 9.80 lakh to Rs 11.46 lakh (ex-showroom Delhi). The XL6 is a premium MPV based on the Ertiga and will be sold via the manufacturer’s Nexa outlets. It will come in two trim levels - Zeta and Alpha. Both trim levels come with a choice of manual and automatic transmission options, taking the total variant count to four.

As the name suggests, the XL6 is a six seater and comes with captain seats for the middle row occupants. It comes with a similar dashboard layout as the Ertiga, but in a black finish.

The XL6 is powered by a sole BS6-compliant 1.5-litre K15B engine that develops 105PS of power and 138Nm of torque. Transmission options include a 5-speed manual and 4-speed torque converter a la Ertiga.

The XL6 is powered by a BS6-compliant 1.5-litre K15B engine that develops 105PS of power and 138Nm of torque. Transmission include a 5-speed manual and 4-speed torque converter automatic.

The XL6 is available with just the petrol engine and in either Zeta or Alpha trim. Both variants have the option of the automatic transmission as well.

The XL6 is longer, wider and taller than the Ertiga and Maruti have also managed to distinguish it from the MUV it is based on quite well. The hood, grill, headlights, roof rails, plastic cladding and front and rear bumpers are all new. The lighting up front are all LEDs while some LED elements have been added into the tail lamps as well. The ground clearance still remains the same at 185mm.

While the cosmetic changes have changed exterior dimensions the interiors sport the same people space as before. But the second row sees a big change in the form of captain seats which improves the comfort quotient for second row. The interiors are all-black now and the top spec Alpha variant features a leather wrapped steering wheel and seats. Plastic quality and materials are similar spec to the Ertiga. We do wish Maruti had upped the convenience features in the second row though by adding cup holders and USB charging points instead of the current 12v socket.

Honda BR-V: Honda's offering in the segment is essentially a jacked up Mobilio with some mechanical changes to compensate for the raised stance. This SUV styled MPV is the only 'crossover' here that can seat seven people.

Mahindra Marazzo: The Mahindra Marazzo is a great overall package especially at the price it has been launched at. It offers ample space for seven, offers a premium looking cabin and comes with an impressive features list with a lot of essentials offered as standard. It’s among the few Mahindras we recommend without hesitating!

Maruti Suzuki Ertiga: In its new avatar, the Ertiga isn’t really doing anything substantially different compared to the old version. But it does everything a little bit better. And that was all that was required, wasn’t it? Why fix it if it ain’t broke?

The XL6 takes Maruti Suzuki’s city-friendly MPV, the Ertiga, adds rugged appeal and a sense of luxury to create a more welcoming 6-seater for the Indian family. How far does it stretch the formula?