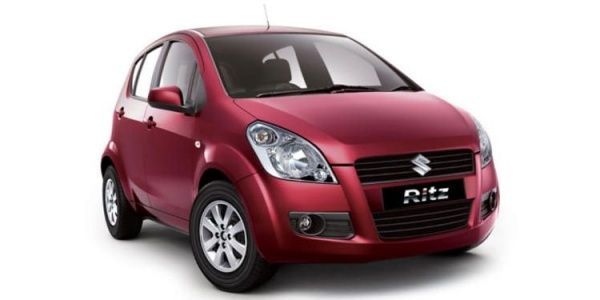 The Ritz features Maruti's family look. Rear has a boomerang treatment that is unique to say the least. The Ritz shares its engine range with the Swift and is basically a more practical choice. However, boot space is at a premium. The Ritz is for a small family, for its interiors can carry four with ease. Its well appointed, has decent fit and finish and is light on the pocket as well.
Read More

Jan 13, 2016 : The production of the Ritz (known as the Splash in Europe) was stopped last year. There was news that Maruti is planning to stop Ritz production in India as the Celerio / Swift / Baleno line up would take care of any likely sales losses. However, the Ritz is still available, although in limited numbers. Speculation was that production of the Ritz would stop by the end of the year, which could also mean financial year - so perhaps by March the company may take a call on it. As of now, the car is still available

Automatic hatchbacks in India: Which one to buy?

With urban traffic getting worse by the day, an increasing number of people are switching to small cars with automatic gearboxes. We take a closer look at the options and how they stand out from each other

The Chevrolet Beat Diesel is exploring new grounds in small-displacement-small-size diesel hatchbacks, but it has a bunch of rivals to hurdle over if it wants to get the buyers' attention

Both the MSIL Ritz and the Figo will certainly be your money's worth, but a better understanding of both cars will help figure out which one's right for you