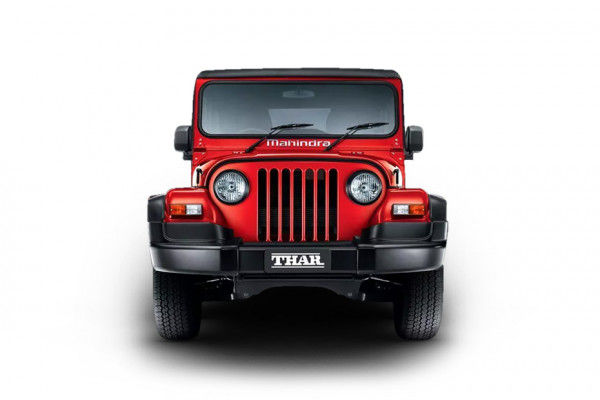 Thar is the offering from the house of India’s leading utility maker, Mahindra and Mahindra. True to its off-roading DNA, Thar appeals more to the conquerors than typical city drivers. . Mahindra has updated the styling of Thar in its recent facelift and the overall demeanour of this off- roader feels more contemporary now. Interiors have gone under a drastic transformation which adds to the overall appeal of the Thar. There are two engine options under the hood - a 2.5-liter DI diesel engine and a 2.5-liter CRDe putting out 64 PS / 183 Nm and 106 PS / 247 Nm respectively. In addition to 5-speed manual transmission, Mahindra Thar also features differential lock with low and high gear ratios for true off-roading. Priced in the range of Rs 6.39-8.99 lakh (ex-showroom, Delhi), the Mahindra Thar rivals Force Gurkha, Maruti Gypsy, and its own cousin Bolero among others.
Read More

The new-gen 2020 Mahindra Thar has been revealed in the country.

If you like your adventures bold, loud and just a little over the top then you’ll want one of these, the Mahindra Thar Wanderlust

Mahindra has given the Thar CRDe an extensive cosmetic update and a mechanical rear diff lock that makes it more capable offroad. We drive the Thar at Mahindra's Igatpuri training academy to find out how it does

Mahindra's adventure offering, the formidable Thar, gets a practical twist and with the summer sun beating down we couldn't be happier!