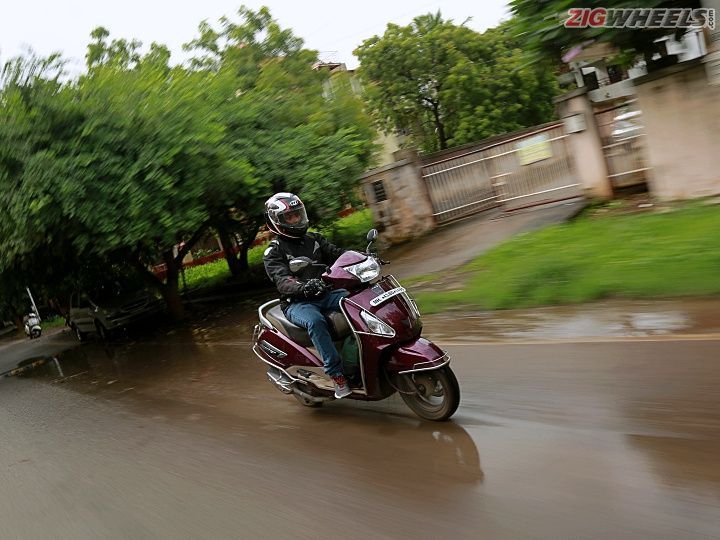 About three years ago, we published a comprehensive shootout of the five most premium scooters in the Indian market. And even before we finished our testing, it was pretty clear that there was one particular scooter in this bunch that stood head and shoulders above its peers in many respects - the Jupiter.

Fast forward to two months earlier. My long termer, the Yamaha R3, had gone back to her makers - it was a BSIII model, and the BSIV- and ABS-equipped model had just been launched. The only vehicle in our long term fleet that was available then was the Jupiter so I promptly snagged it up. As exciting as living with a parallel twin-powered small supersports has been, I was ready to ‘upgrade’ to something much more practical and commuting-friendly, and I could do worse than the Jupiter. Its performance in the group test was still evoking fond memories.

Our vehicle, now in the purely cosmetic “MillionR” iteration, comes with a beige floorboard. It is a cool departure from the deluge of boring grey plastic on our road.  The flipside - there’s always one, isn’t there? - is that it is a chore to keep clean.

Then there’s the floor mat, also in beige. Its sides have turned up and now flap around, like the pages of a dog-eared book, as if it’s been weathering abuse for a lot longer than the actual 6 months we’ve had it for. Kanaad, who had been riding the Jupiter since its arrival, told me that it’s been that way since quite some time now. To prevent this, the four screws bolting it to the floorboard should’ve been mounted closer to the edges.

And that’s about my entire list of gripes about the Jupiter.

The good bits, then. The Jupiter is a seriously smooth machine. No matter what the weather’s like, it burbles to life instantaneously. And while acceleration and performance isn’t exactly something that’ll set adrenaline coursing thru your veins, it’s more than enough to keep up with and even pass most city traffic in my commutes.

There are two hooks underneath the seat and handlebar to hang my groceries, should the underseat storage not suffice. No more lugging a laptop backpack just to stock up on the coming week’s Maggi.

The final trick up the Jupiter’s sleeve is its external fuel filler cap. However, you still do need to unlock it with your ignition key on the side of the body, which puts a dampener on things. As it stands, with a 5-litre fuel tank and an average city fuel efficiency of 48kmpl, the neighbourhood petrol pump attendant and I are going to be on familiar terms soon.

She also got a fresh set of tyres that came in for review: a pair of 90/90 TVS Dragons that replaced the original Contas, also from TVS Tyres and of the same size. But these are more offroad-biased tyres with chunky tread patterns that mirror those of scramblers and dirt bikes’.  The timing was perfect, because no sooner has we replaced the tyres then the skies opened up and the rains came down in full gale force upon Pune. In this downpour, the Dragons proved to be far superior than the stock tyres, imparting much needed grip in the wet.

The Jupiter is now due for her next service, although she’s still purring as good as Garfield after he’s had a bowl of the tastiest lasagne imaginable. It just refuses to give us much to write (read, crib) about. Sometimes, not having much to report is the best report.