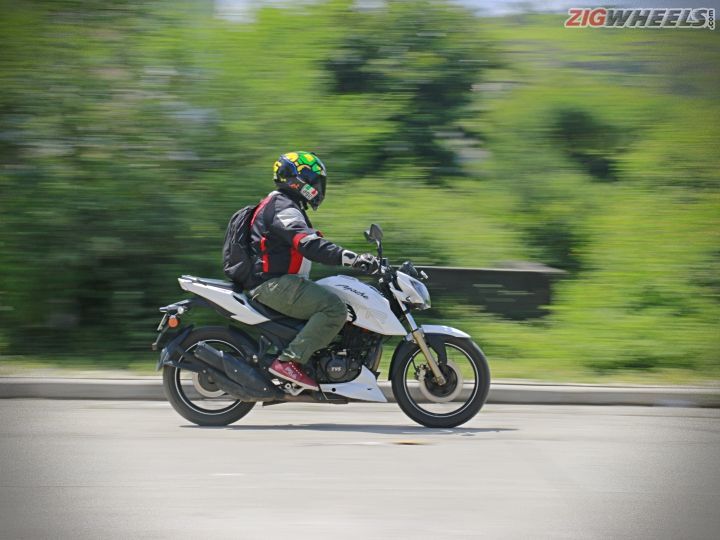 “Never get attached to something that isn’t yours”. Well, I should have paid heed to the above saying as that is exactly what I did with our TVS Apache RTR 200 long termer. I can’t be blamed though as the Apache RTR 200 did have an interesting character which is something that every motorcycle enthusiast falls for. As the bike got loaded on a truck for its journey back to Mumbai, the good memories I had with it ran through my mind and left a grin on my face. I still remember my first ride on the RTR 200 4V and the curious glances that were coming my way.

With its edgy lines and petite dimensions, the TVS offering is a visually arresting motorcycle and, despite being in the market for over a year, it still looks fresh. The LED pilot lamps and the white backlit all-digital instrument console made the bike stand apart once the sun had set. The Apache RTR 200 rode bravely through the congested roads of Mumbai first and Pune later. It always delighted me on weekend rides and I can confidently say it left me very impressed.

Sadly, that wasn’t the same situation during its final few days with us. The battery drained completely on my way home one day, which meant I had to push start the bike to complete my remaining journey. The worst was yet to come some distance later. The headlights and horn stopped working altogether under the pouring rain. However, by some stroke of luck, and by riding very slowly I somehow managed to reach home. The following day I took the bike to a local mechanic to recharge the battery but the problem resurfaced within the next 24 hours.

I called up TVS officials who arranged the bike to be taken to the service centre and the bike was returned to me the following day with a new battery as the old one had gone dead.  Also, the gear indicator wasn’t working properly as even when I was in the 5th cog, the console displayed that I was in 4th gear. The front brake has always been the Achilles heel of the TVS Apache RTR 200. The lever felt spongy and the bite wasn’t up to the mark. Fuel efficiency also dropped significantly as the bike returned a mileage of around 32kmpl, which was the lowest during its time with us. The highest that ever received was 45kmpl and on an average the mileage figure hovered around 40kmpl.

Despite the few hiccups, the Apache RTR 200 always made me smile whenever we approached a set of twisties. The chassis and tyres have great teamwork and it is always a joy to take corners rapidly on the Apache. The 200cc motor has enough grunt to cruise down the highway at triple digit speeds to make my weekend commute to Mumbai and back a speedy affair. And last but not least, the Apache’s brilliant ride quality made riding over crater-ridden roads that plague Pune after the monsoon a relatively easy chore. The TVS Apache RTR 200 4V, in my opinion, remains among the best entry-level performance bike that one can buy given its mix of sharp styling, performance and dynamics. And if you have finalised your purchase, please go for the optional Pirelli tyre variant as it is worth more than the slight premium you pay for them.