Is it just a glorified custom Bullet or is there more to the new Bullet Trials 500? 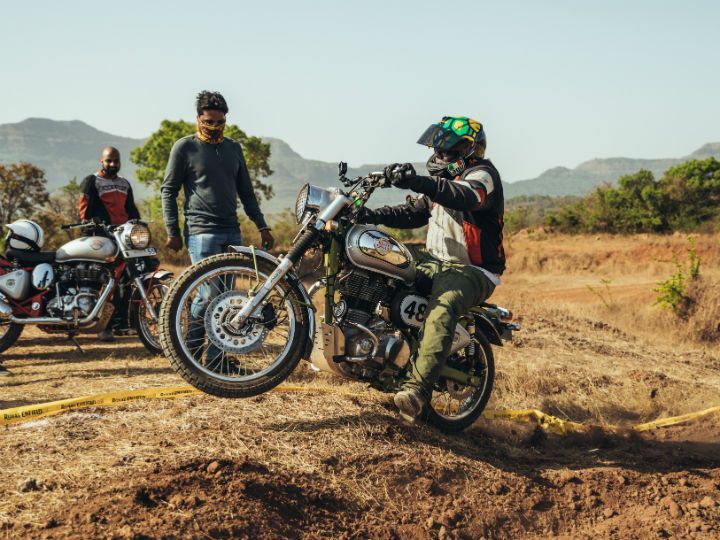 History is something that Royal Enfield has in spades, which can make most two-wheeler brands envious. Last year, they went through its history books and relaunched the Interceptor brand and also gave the Continental GT a boost, when they launched the 650 Twins. For 2019, Royal Enfield is paying tribute to one of its most popular and iconic motorcycles, the Bullet. And for this purpose, the company has launched the new Bullet Trials 350 and the Bullet Trials 500.

A slice of history

Before moving forward, let's take a glimpse into the world of trials biking. Observed trial competition or simply trials was one of the most popular motorcycle competitions in the UK and Royal Enfield actively participated in it from the 1940’s. Trials is basically a series of natural obstacles that a rider has to pass without putting his foot down or stalling the bike. While it may sound simple, it isn’t and it really tests the skill of the rider and the mettle of the bike. And Royal Enfield won the International Six Day’s Trial competition for six years on the trot between 1948 and 1953.

The Royal Enfield Bullet Trials 500 that we tested draped in silver with a green frame has been inspired by one of the famous ‘HNP 331’ Bullets used by legendary racer Johnny Brittain. The RE factory rider is among the most prolific trial riders ever and won 13 gold medals for the brand. So does the new bike manage to do justice to the ‘Trials’ badge?

Let’s start with the cosmetic updates first. As mentioned earlier, the Bullet Trials 500 has been inspired from Brittain’s bike and is available in only one shade. It receives a dual-tone finish on the tank with a dash of chrome and 3D badging. The bling finish continues on both the mudguards, exhaust muffler and the headlight nacelle. It also receives a new upswept exhaust that honestly looks a bit awkward. RE designers should have routed the bendpipe around the cylinder head and given the bike a proper scrambler-styled mid-level muffler. To accentuate its off-road appeal, there’re fork gaiters and a braced handlebar. The fork brace and the taillight along with chrome-finished indicator stalks have been carried forward from the now-discontinued Continetal GT 535’s parts bin. The Bullet Trials 500 is only available as a single-seater and the pillion seat has been replaced with a luggage rack.

RE is also offering a range of accessories specifically developed for the new motorcycle. These include the headlight grill, brace cover, bash plate, engine guard and a numbered centre panel. You can know about the pricing and more details of the accessories here - Royal Enfield Trials Accessory List With Pricing. On the mechanical front, no changes have been made apart from the addition of semi-off-road Ceat Pro Gripp tyres. The chassis, suspension components, suspension travel, braking hardware and wheels are identical to the regular Classic 500. However, the new bike is 2kg lighter than the Classic at 192kg.

Royal Enfield had arranged a range of trails for us to test ride the new motorcycle and it was definitely a great day at work. However, the same couldn’t be said for the bike as the basics of a trail motorcycle is agility and light weight. The Bullet Trials 500 fared poorly on both these fronts and it really struggled on the special trail sections. Standing on the bike doesn’t feel natural as the pegs are slightly forward-set and the bulbous tank means you can’t grip it with your legs when standing on the pegs. Also, taller riders will find the handlebars to be positioned too low that he has to hunch to ride the bike standing up. The biggest problem I had with the Trials 500 is its high kerb weight, which made it feel cumbersome around tight sections of the trails.

Power figures also remain identical to the standard Classic 500 and on steep inclines, we really wished that it had more zing. RE engineers could have at least revised the gear ratios for a bit punchier low-end power delivery. Another grouse is that the dual-channel ABS isn’t switchable, and this is annoying on trails. I would have preferred taking a call on braking myself rather than leaving it up to the sensors. And I did have some nervous moments and a fall as well. The only positive aspect on the bike is the Ceat Pro Gripp tyres that helped with traction in some sticky situations. As you can see the Bullet Trials 500 is better suited for minor trail riding, and for the hardcore stuff, the Royal Enfield Himalyan is a significantly better and cheaper option.

Powering the bike is the same 499cc, single-cylinder, air-cooled motor as seen on the standard Classic 500. Power figures remains identical (27.2PS and 41.3Nm) and on the road, the Bullet Trials feels similar to the Classic. The highlight of the bike is the abundance of torque, which arrives at low rpm. Cruising at speeds between 80 to 90kmph, the Trials 500 felt calm, but go above it and the “Bullet character” comes into the picture, with severe vibrations. The knobby tyres also didn’t feel out of place on the tarmac and offered decent grip. The upright riding stance means you can cover a lot of miles with the iconic thump in the background, but I would have preferred a more powerful and refined engine. The stock suspension soaks up most of the bumps and undulations on tarmac without much trouble.

Touring is an important factor for most Royal Enfield buyers, so will you be able to realise your Ladakh dream on the Trials 500? Well, not really. The Trials 500 is only available as a single-seater; the upswept exhaust means that you can’t mount saddlebags and the luggage rack has a capacity of just 5kg. So for touring, you’re better off with the regular Classic 500.

The Bullet Trials isn’t a motorcycle that would appeal to all - and that includes Bullet loyalists. It’s basically a factory custom that will be suitable for urban riders who want to do a bit of trail riding on weekends. Also, one can easily customise a standard Classic 500 and do everything that the Bullet Trials 500 does and also revert back to a twin-seater if you like to - something which you can’t do on the new offering. The only thing that you get on the Trials which might be a little difficult to source for the Classic yourself is the homologated, road-legal upswept exhaust. And of course, the other advantage on the Trials is that all these modifications are part of the standard bike warranty.

The standard Trials 500 has been priced at Rs 2.07 lakh, which is a premium of around Rs 10,000 over the Classic 500. On top of that, the accessories will add another 10 grand, pushing the price tag to Rs 2.17 lakh (both ex-showroom), which is uncomfortably close to the Interceptor 650’s pricing. Even if we keep price aside, the Bullet Trials is a bike that seems to have been engineered by the marketing team rather than the product team. And I wished it was the other way around, to really justify the ‘Trials’ badge.