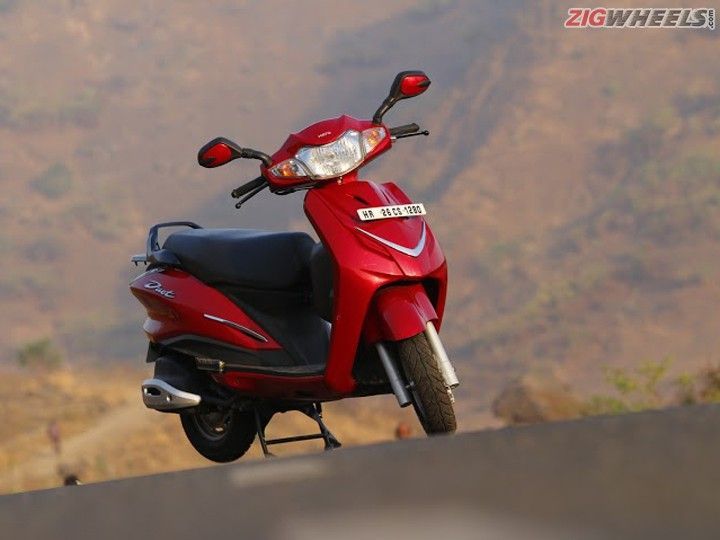 At first glance, the design of the Hero Duet might look rather understated for most palates. Maybe it’s intentional, done so to give this 110cc scooter a more universal appeal. But what makes up for it is the impressive features list. From a side-stand indicator to an external fuel filler cap, the Hero duet has pretty much everything you might want from a Rs 50,000 commuter scooter.

But it’s the multifunctional key fob that’s is my favourite feature. Turn left to unhinge the seat, right to pop open the external fuel filler lid, and the usual press and turn to lock/unlock the scooter. In the last 45 days that I have been using the Duet, I’ve become so used to this convenient setup that I’ll surely have a lot of difficulty getting used to a scooter which doesn’t have one. Our review unit also came with the optional storage unit below the handlebars, which is a boon for transporting small knick-knacks in the monsoons. It also is among the few scooters in its class that can fit an open-face helmet under the seat with ease.

Although the Duet uses the same engine as the Hero Maestro, our long term vehicle doesn’t feel very peppy and I was left wanting for more low end thrust. But once it gets going, there’s enough power to take you cruising through congested city streets. The fuel efficiency in the urban environment is close to 50kmpl and am sure on open roads this will increase by a couple of kilometres.

It’s a known fact that Mumbai roads are in a bad shape during monsoons, and this year is no different. Thankfully, the telescopic front forks and single rear shock absorber suspension setup can tackle most of the beating. That said, I had to get the front wheel–handlebar alignment adjusted after one of my colleagues hit a rather large ditch while riding it.

Also handy is the Hero integrated braking system - when I apply the rear brakes, the system also engages the front brakes gently to improving the stopping power. The service indicator on the instrument cluster has also started to blink, hinting at a visit to the Hero workshop. So, I shall report of the improvements in my next report once the scooter gets some TLC.