The new Classic has a lot to live up to, given the legacy of its predecessor. So has Royal Enfield modernised this legend the right way? 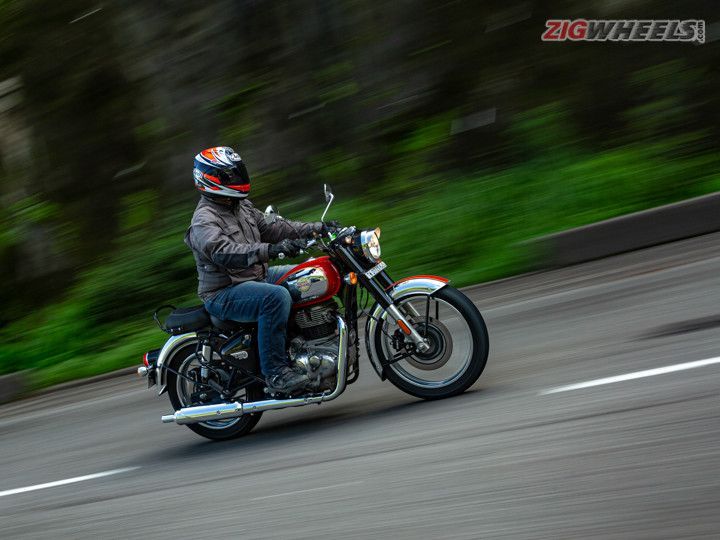 Motorcycles don’t get more iconic than the Royal Enfield Classic 350. Even in its current form, the Classic has been around for over a decade, while its legacy is almost nine decades old. When you try to modernise an icon though, even a seemingly insignificant change can really screw things up. History is rife with such examples - just look at what happened with the VW Beetle - iconic classic car, but its modern iteration is just so forgettable. Even closer to home, the same thing happened with Honda’s Unicorn - as the Unicorn 160 just didn’t click.

So you can imagine, there’s immense weight on Royal Enfield’s shoulders to deliver a new Classic that not just meets expectations of Classic fans, but also one that feels right at home in the 21st century. So the question is, have they delivered all that with this brand new 2021 Classic 350?

On the surface, it seems they did get it right. The new Classic looks almost identical to the old one, at least at first glance. In order to not mess up the Classic’s iconic design, RE hasn’t modernised the new one’s design, and that’s something a lot of the Classic’s fans will really appreciate. The overall shape is unmistakably Classic. It’s even got the iconic RE headlight nacelle that integrates into the fork covers, and there are no LEDs anywhere - just old-school bulbs!

The design might look familiar, but every single element on this new Classic is just a little bit different compared to the last generation. One thing we are happy that RE modernised, at least a little bit, is the instrument cluster. It maintains that large analogue speedometer, but now gets a small digital display with two trip meters and a clock, and most importantly, a fuel gauge. And in some of the variants of the new Classic, you can also get the Tripper navigation pod, which we’ve experienced before on the Meteor and Himalayan. But while we think that this new, old-school switchgear that RE is doing looks cool, the quality of those rotary switches feels a little underwhelming. It’s the same story with the mirrors, which change alignment very easily if you go over a few bumps.

Feels different from the saddle

There are other changes to the design that will directly impact riders too. The handlebar position has been changed compared to the previous Classic - it’s slightly farther from the rider and set a little lower down as well. The seat itself is also shaped differently: it’s not sprung and the foam is firmer. This makes the riding position actually a lot more comfortable now. Surprisingly, the seat is 5mm taller than last-gen Classic, though it’s actually easier to get your feet down because the bike feels narrower - mainly because that chunky battery box has been removed. Pillions will appreciate the comfortable and spacious rear seat too, which comes as standard. It’s soft enough, but not so soft that you sink into it and your backside starts complaining.

Our only real complaint with the ergonomics is that with the rider’s foot pegs pulled ever so slightly backwards (and slightly higher), they can foul with your shins when crawling through bumper to bumper traffic with your legs down.

Feels even more different to ride

The biggest change to the Classic of course is the new “J” platform it’s built on - new engine, new frame, new everything. But we’ve experienced this platform on the Meteor 350, so is the new Classic 350 just a Meteor wearing different clothes? No, not one bit! It is the same engine, but with different ignition timing. The Classic is tuned quite differently and while gearing is the same too, the rolling circumference of its larger 18” rear wheel is a little longer. Basically, RE engineers have ensured that the two bikes have their own distinctive characters.

Where the Meteor feels energetic, eager to rev and rearing to go, almost un-Enfield like in that sense, the Classic feels calmer. It wants to amble around at slightly lower speeds, and you’ll enjoy it the most when you short shift and just ride the wave of mid-range torque.

So it’s not as quick as the Meteor, but the performance has improved quite a bit when compared to the earlier Classic. While the old Classic 350 struggled to get to 100kmph, this new one gets there easily and sustains it very comfortably.

But holding high speeds was never supposed to be the Classic’s forte. This bike’s sweet spot is between 80 and 90kmph, where this motor is just purring. In fact, it feels more comfortable at these speeds than the old Classic felt at 60kmph. And sure, it doesn’t have the “thump” of the old cast iron engine, but this new motor’s got a lovely bassy note that just sounds intoxicating at low to medium revs, with none of that clatteriness of the UCE motor.

But what’s most shocking about the new Classic is just how smooth it is. It’s still a big single-cylinder motor, so it’ll never feel like a Japanese motor in that sense. There are a few vibes to let you know that you’re sitting atop a living, breathing engine. But at any speed, the vibes never get even a little bit bothersome.

Now you’re probably wondering, if the performance has gone up, the fuel efficiency must’ve taken a hit. Well you can rest easy as in our tests, this new Classic 350 almost matched both the BS6 Classic and the Meteor not only on the highway but in the city as well.

The differences in character between the new Classic and Meteor don’t just end with the engine. Even though these two share the same frame, the Meteor is extremely quick to steer, whereas this Classic needs more effort from your side. Some of this comes down to the fact that while both the Meteor and the new Classic have the same steering angle and fork, the placement of the fork in the triple clamps has changed, giving the new Classic a slightly longer trail. And the other aspect of course is that the new Classic’s handlebar isn’t as wide as the Meteor’s and doesn’t give you as much leverage while steering.

But where the Meteor’s eagerness to turn comes at the cost of a little nervousness when leaned over, the Classic just feels precise and extremely composed. Just set a lean angle, and it’ll want to hold it all day long. And it feels a lot better in terms of handling compared to the earlier Classic as well. After all, this new chassis is more rigid, the suspension is better with a fatter fork, and the tyres are wider too. So that “flimsiness” the old Classic had in the corners is completely gone on this one.

As quickly as it builds speeds now, it can shed that speed quickly as well. In our braking tests, this new Classic not only outbraked the previous Classic, but the slightly lighter Meteor as well, all while providing better feel at the lever.

Now when most people imagine riding to Ladakh, the first bike that comes to their mind is the Royal Enfield Classic. Royal Enfields have developed a solid reputation for touring across the demanding landscapes of the Himalayas. And we feel the new Classic will do an even better job at this. Not only does it feel extremely stable while holding highway speeds, very little that it encounters seems to upset it.

The new suspension does a great job of ironing our bad roads, and it’s got enough ground clearance to go over pretty much anything our roads can throw at it. Sure, the ride doesn’t feel plush by any means - it’s got a firmness that can almost be described as “European.” And very sharp bumps at speed do tend to give you a bit of a kick up your backside. But it feels very well controlled even over nasty surfaces. So it’ll really do justice to those mini prayer flags strung across the mirrors.

And even when you leave the mountains of Ladakh behind and ride it into the urban jungle, this new Classic feels just as at home. That easygoing engine character works wonders in the city, and we often found ourselves one gear higher while riding in the city. It just chugs along peacefully. When you do need to shift, you’ll surely appreciate the lighter clutch action and slick shifting gearbox, which feels even smoother than the Meteor’s.

So has Royal Enfield missed the mark when they built this new Classic 350? We really don’t think so… They’ve managed to modernise all the right aspects of the Classic and fix all the little niggles we had with the previous generation. And that too without compromising what the Classic 350 has stood for - an easygoing, old-school British single that doesn’t feel out of place in the 21st century. This is going to appeal not only to RE purists, but we think it’ll also attract a whole bunch of newer riders who had been staying away from the Classic for so long. And if you are wondering about reliability - Royal Enfield has had some time now to perfect this new J platform with the Meteor, and that should give Classic 350 buyers even more peace of mind.