BMW Motorrad Rides In Three Mile-munchers On To Indian Streets 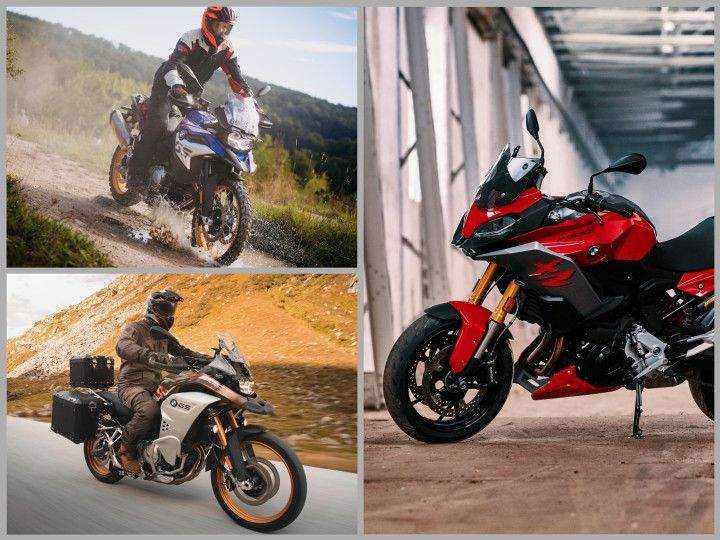 BMW Motorrad has launched the BS6-compliant 2022 BMW F 850 GS, F 850 GS Adventure, and F 900 XR in the country. The three motorcycles were discontinued earlier due to non-compliance of emission norms but are now back in their respective cleaner avatars. The F 850 GS range is the company’s flagship sub-litre-class ADV whereas the F 900 XR is a sports tourer. Bookings are now open, and deliveries of the three motorcycles will commence in June.

Take a look at the ex-showroom India pricing of all the models in the table below. Interestingly, the BMW F 850 range has not only become considerably less expensive, but has also received a lot more kit as standard now, but more on that later. The F 850 GS Pro goes up against the Triumph Tiger 850 Sport and is priced at Rs 11,95,000, whereas the BMW F 850 GS Adventure Pro goes up against the Triumph Tiger 900 Rally Pro, priced at Rs 15,50,000. On the other hand, the BMW F 900 XR rivals the Ducati Multistrada 950 S, which costs Rs 15,49,000, all prices ex-showroom India.

The BMW F 850 GS is available in two variants: Pro and Adventure Pro. The latter comes with a different, beefier bodywork, and a larger 23-litre fuel tank as opposed to the 15-litre unit. On the other hand, the BMW F 900 XR comes in only the Pro variant, which gets cornering traction control, keyless operation, cornering engine braking control, heated grips, cornering ABS, adaptive lights and other goodies as standard.

BMW Motorrad is offering a range of features previously available as options as standard now. The kit in the F 850 GS range includes Comfort, Dynamic, Active, Touring, and Street Rallye packages as standard. Take a look at the feature sheet for a clearer idea:

The three motorcycles’ powertrain and underpinnings have remained unchanged. The BMW F 850 GS and F 850 GS Adventure are powered by a 853cc parallel-twin liquid-cooled engine good for 95.1PS and 92Nm. It is built on a 43mm long-travel inverted fork and a rear monoshock with preload and rebound damping adjustability. Braking is via dual 305mm discs up front and a 265mm unit at the rear. The bikes roll on 21-inch front and 17-inch rear spoke wheels with block-pattern tyres.

The BMW F 900 XR gets an 895cc inline twin-cylinder engine producing 104.6PS and 92Nm. It nestles inside a bridge type steel frame linked to 43mm inverted front fork and a rear preload and rebound adjustable monoshock. Brakes include a pair of 320mm front discs and a 265mm rear unit.

The big reduction in the pricing and the inclusion of the accessory kits as standard should make the F 850 range a lot more wholesome than before. Though the company has increased the price of the F 900 XR, it has compensated by throwing in a ton of accessory equipment. All in all, these three Beemers offer much better value for money than their predecessors. 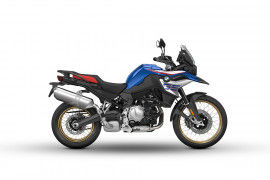 All Comparisons of F 850 GS