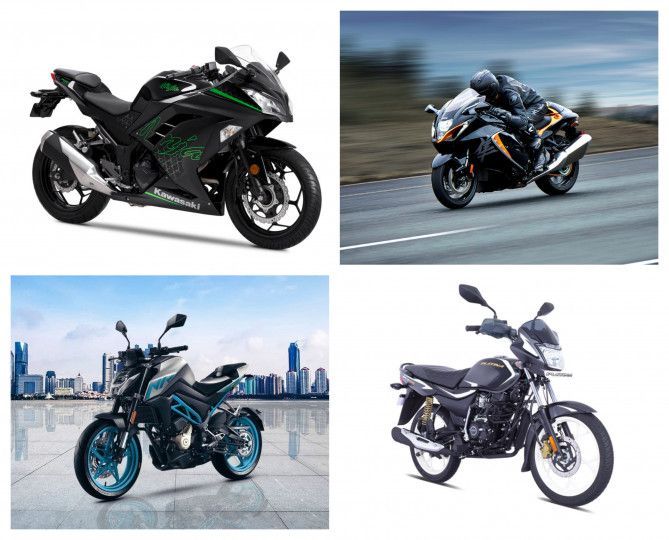 The first week of March witnessed a slew of new motorcycles. From the launch of pocket-friendly commuters to news on some highly awaited motorcycles, a lot happened in the last seven days.

The Japanese brand’s most affordable bike was due for a comeback and we were the first to break the news to you. Now, that the 2021 Ninja 300 has been launched, it has left enthusiasts wanting more. After all, there aren’t many updates to justify the Rs 20,000 price hike. That said, the 296cc liquid-cooled parallel-twin engine hasn’t lost out on power. For pricing, bookings, and other details, head here.

CFMoto had been laying low since the BS6 norms kicked in, but the brand is looking to make a strong comeback. The onslaught has already begun with the launch of its most affordable offering, the  300NK, in BS6 avatar. And unlike other brands, CFMoto has managed to retain its BS4 pricing.

That’s not the end of it, though. CFMoto is gearing up to bring its supersport, the 300SR, this year to take on the TVS Apache RR 310. For exclusive details on the bike’s pricing and availability, read this story.

Bajaj seems to be quite busy lately. Barely a week after the brand was spotted testing a new Pulsar, it has launched two bikes. The Indian two-wheeler giant has launched Platina 100 ES, touted to be the cheapest bike with electric start. Just a day later, Bajaj dropped the Platina 110 ABS, the first 110cc and the cheapest bike to come with single-channel ABS as standard.

The Star City Plus too has been updated and launched with a disc brake. It adds Rs 2,600 over the price of the dual variant. To know more details of the commuter, read this story.

Barely a month after the global debut of the third-generation Hayabusa, Suzuki India has teased the launch of the Dhoom bike on its social media. For the expected launch date as well as the pricing details, read this story.