We respond to some of your top comments on India’s first electric sportbike, the Ultraviolette F77

Though still a little ways from being considered complete, the Ultraviolette F77 has really got us excited about the prospect of electric bikes delivering as much, if not more, performance as our beloved petrol-powered motorcycles. And your responses to our track ride video review of the bike would suggest that you feel the same way, although there are some sceptics in the mix as well. So we thought that we should respond to some of your top comments to see if we can convince you otherwise. 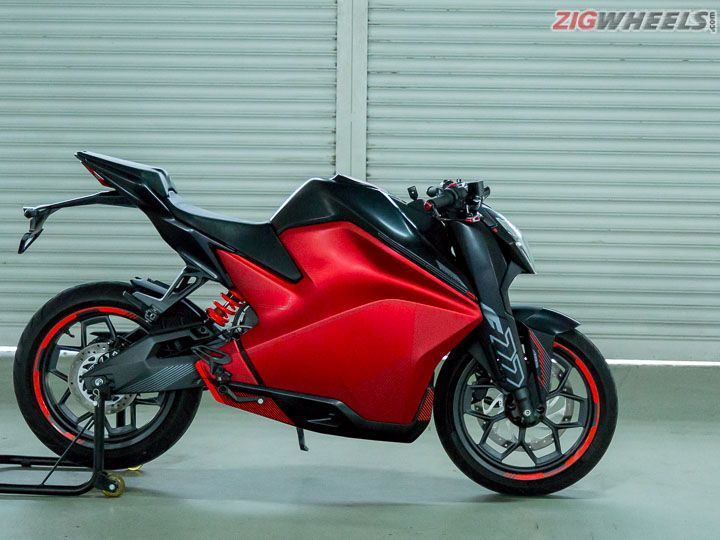 The true pleasure of riding the bike has been (at least on the track) the effort taken to ride it. Like blipping the throttle for downshifting the gears to shave the speed off before leaning into the corner, or getting those clutchless upshifts bang on while accelerating out of a corner. Essentially, having gears plays a major role in keeping the rider engaged and adds thrill to bike riding. Here though, it's like riding a Scooty on Steroids. Minus the noise. Oh, I so forgot that part, the Noise, the sound. For some sonorous sounding bikes just egg you to twist the throttle and push harder, on every corner. That's missing here. Don't wanna sound like a naysayer but for such a concept of electric bikes, but for a generation that's grown up cradled on petrol-powered bikes, the transcension will be the most painful if they even wish to do so. I am pretty sure Kartik would agree with what I said.

As for the bike, yeah sure, I will thrash it around the track. Not sure how many laps I will be able to do but when the bike runs out of charge, I will have to wait for a minimum of 1.5hrs to charge (considering the best-case scenario of the track having fast charging). Do consider a future where there would be track days for electric bikes like these. I do hope by then, such tracks make some kinda recreational areas for the riders who would be waiting for their bikes to get charged. :-P

ZW: To a large extent, we agree with you Jayanand. Riding an electric bike doesn’t have the same raw, visceral feeling as riding a petrol-powered one -- whether it’s the physical experience of shifting gears or the symphony of exhaust notes. When making the jump from ICE to electric, we are going to lose some of this. It is a pretty big change, no doubt. But think about it, riding the first-ever motorcycles a hundred years back was a much more physical experience than it is today. It got simpler. Riding two-strokes was more physical than four-strokes. It got simpler. Ultra-modern motorcycles make things even simpler with electronics. Even the act of shifting gears perfectly, as you mentioned, is handled by quickshifters today, which once you get used to, makes it rather difficult to live without, at least on a race track. So simplifying things isn’t a bad idea, if the result is more control, and more speed. And speed is one thing good electric bikes have by the bucket loads.

While the Ultraviolette F77 is far from perfect, it’s a good step in the right direction to appeal to enthusiasts. As for sound, we agree that with chain drive, the F77 doesn’t sound all that great. A belt drive would’ve been a much better choice here. And believe me, a powerful belt-driven electric bike, such as the Harley-Davidson Livewire sounds mental at full chat, forgive the cliched analogy, like a fighter jet.

And an all-electric track day needn’t be as depressing a prospect as you make it out to be, especially for a bike like the F77 with its swappable batteries. Rather than charging stations for bikes, imagine a massive station with hundreds of batteries ready to get swapped out. In that case, it’s literally like a fast pit stop -- get in, exchange batteries, and get back out on the track. Sounds fun, no?

Pretty good combination. But in 2019, range should be more than 250 km for worldwide market capturing.

ZW: Range is one thing that we all worry about with electric vehicles, especially considering charging times. Cars like the Hyundai Kona and the MG ZS EV can manage ranges of over 300km, but you have to understand that a car has a lot more space for large battery packs. Motorcycles have some severe packaging limits. You can still get electric motorcycles that give you high range, such as the Zero S, which boasts almost 360km in the city on a single charge. But it’s got a non-removable battery. The moment you implement removable batteries, such as on the F77, the challenge is that those batteries can’t be integral stressed members of the chassis. And they need to be small enough to be carried. That means, you’re trading range for convenience of charging. That said, Ultraviolette’s claimed range of 130-150km should be adequate for most applications except long-distance touring.

What Hero, Honda, Bajaj and TVS couldn't do was done by this start-up. India's Tesla!

ZW: We too think that the blokes at Ultraviolette have some brilliant ideas about electric motorcycles and electric mobility in general. But don’t be so quick to dismiss the big players like Hero, Honda, Bajaj and TVS. Historically, it’s always been the smaller startups that have pushed the boundaries of technology. When you have a massive board of directors to appease, it’s difficult to deviate from your current course. And making any kind of mistake along the way is way more costly. It’s like comparing a giant ship to a motorboat. The ship takes forever to make a turn while the motorboat can quickly change direction as required. So the smart thing for these big players to do is to invest in the right startups, as TVS has done with Ultraviolette and Hero with Ather. Once the tech has been proven, these big companies can mass produce it far more easily, and at far lower prices than the startups can, thanks to their manufacturing prowess. Just look at Bajaj and the new electric Chetak. Care to wager on the fact that it’s going to severely undercut the likes of Ather?

I guess people who were not confident on Geared Motorcycles or those coming from auto scooters will absolutely love it. Looks promising for city ride!!

ZW: Sure. And electric bikes will be a lot less intimidating for someone making the jump from automatic scooters. But we really believe that something like the Ultraviolette F77 is far from a beginner’s bike. Granted all the promised performance hasn’t been implemented yet, but it’s got the steering and chassis geometry identical to a KTM RC390 and the seating position isn’t too different either. Once it’s in its production guise with all the niggles ironed out, it should definitely be more at home on twisty mountain roads or race tracks, rather than city roads.