Both drum and disc variants now get CBS as standard 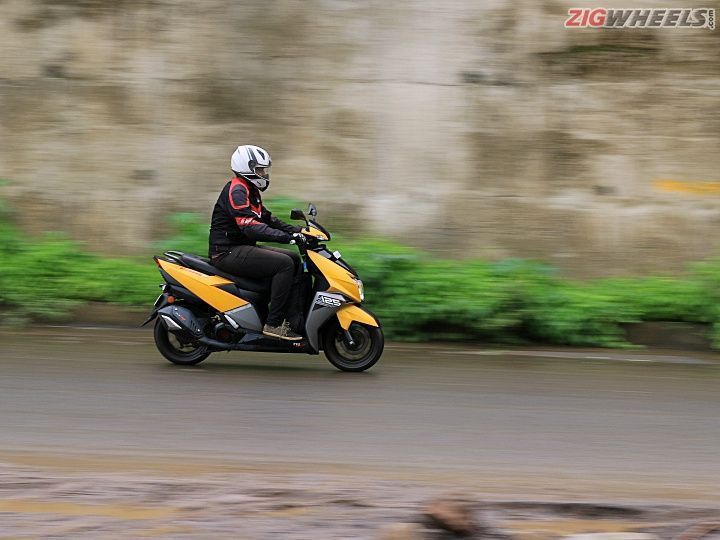 TVS has launched a drum brake variant of the Ntorq 125 at Rs 58,252 (ex-showroom Delhi). The new variant is Rs 1,648 more affordable than the disc brake variant. TVS dealers have already started accepting bookings for the new variant for a token amount of Rs 5,000.

While most of the features such as the digital instrument cluster and the LED DRLs have been retained in the drum brake variant, it misses out on features such as the engine kill switch, USB charger and underseat light. The other major difference between the two is the braking hardware. While the top-end variant features a disc brake at the front, the entry-level variant gets drum brakes at either end. However, as new safety norms are already in motion, both variants now get combined braking system (CBS) as standard. Both variants are powered by the same 124.79cc, single-cylinder motor that produces 9.4PS of power at 7500rpm and 10.5Nm of max torque at 5500rpm.

The Ntorq 125 is one of the most popular 125cc scooters in India and the company took just six months to cross the 1 lakh sales landmark. The Ntorq 125 has helped TVS maintain a strong foothold in the 125cc scooter segment. According to the sales report for the month of March, TVS sold 18,557 units of the Ntorq 125, which is an increment of 61 per cent over the same time last year.

In terms of rivals, the Ntorq 125 (drum variant) goes up against the Honda Grazia (drum variant), which is priced at Rs 60,723 (ex-showroom Delhi).