The upcoming scooter now gets a redesigned front section 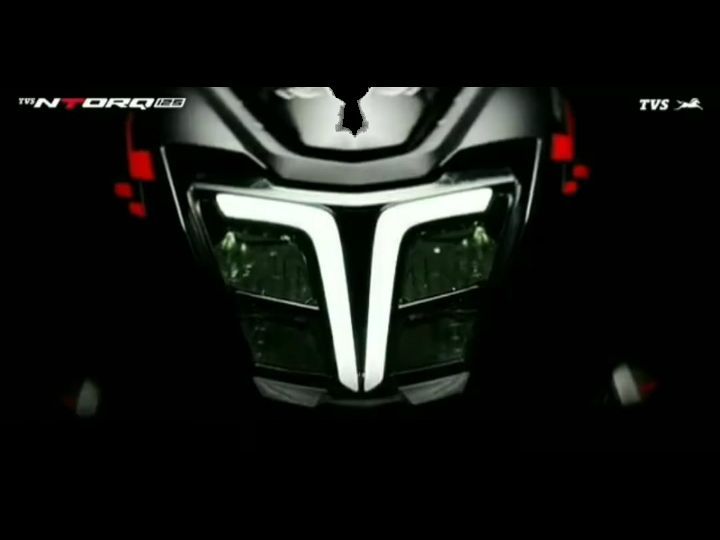 TVS has released a new teaser video of its next-gen NTorq 125 scooter. While the video clip is just a few seconds long, it is enough to give us a glimpse of a big update on the scooter. The scooter now receives a new LED headlamp and LED DRL.

The update is expected to improve the current headlamp intensity which on the current halogen bulb setup does a decent job to begin with. It also receives a large LED DRL running down the center of the new headlamp setup. The DRL’s design mimics the NTorq 125’s LED tail lamp. Other updates are a redesigned front section which appears to get two air vents above the headlamp. The new scooter might also receive a new satin black paint scheme.

The current NTorq 125 already comes with a lot of features and we expect them to be carried forward on the new scooter as well. The current NTorq 125 comes with a full-digital instrument console that connects to your smartphone via Bluetooth and the TVS app. While TVS has updated the app for the upcoming Apache RTR 200, the one for the NTorq does not seem to receive any updates.

We expect the mechanicals to be unchanged. TVS will update the NTorq 125 with fuel injection for BS6 compliance but that is some time away. For now, we expect the current carburetted 124.7cc to be carried over. It delivers 9.4PS and 10.5Nm.

TVS could launch the new NTorq 125 by early next month. While TVS have hiked prices for its Jupiter range, the Ntorq 125 prices remained unaffected. In fact, the price difference between the Jupiter ZX and Ntorq 125 is just Rs 5. TVS is playing a smart game here of launching an updated NTorq with new features. This will allow them to justify the expected price hike of Rs 4,500 over the current scooter’s retail price of Rs 59,995. Stay tuned for more updates.