Which show floor beauties made the cut? 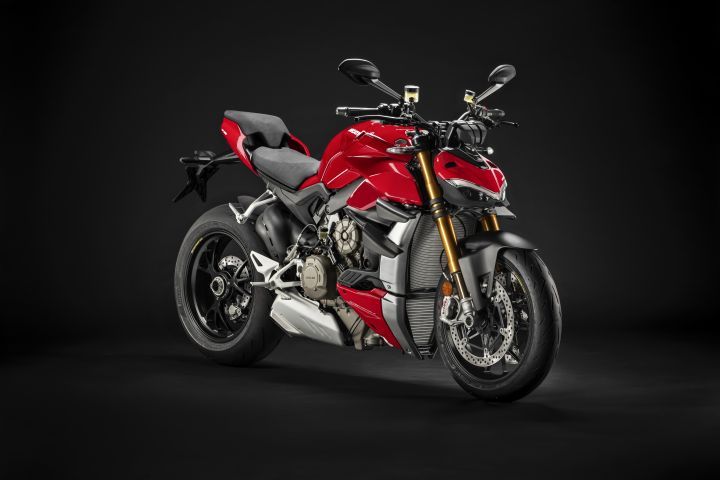 EICMA has a running tradition wherein visitors can vote for the most beautiful motorcycle at the show. Without an ounce of doubt, the Italians voted for the Ducati Streetfighter V4, which garnered 36.7 per cent of the total votes. Halfway across the world, our boys felt there were more deserving candidates for the award.

Brough Superior AMB-001
Think niche, stylish, British and cars, Aston Martin definitely ranks at the top. James Bond’s preferred choice of wheels has been part of every petrolhead’s wet dreams. And now with the Brough Superior AMB-001, Bond will finally get his fair share of fun on two-wheels. This highly futuristic design fits in perfectly in a Bond chase action scene. Sadly, there is no space on the AMB-001 for a Bond girl for post-fight sequence spoils.

Benelli Leoncino 800 Trail
The Superman to the Leoncino 800’s Clark Kent, the 800 Trail is a near perfect purpose-built scrambler design. The upswept scrambler-style exhaust is shielded by a huge side panel (kinda like Superman’s red-over-the-pant-underwear), which thankfully will not scald the rider’s right leg. Triumph please take note. The proud ‘Lion of Pesaro’ motif sits proudly on the short front mudguard. The sidewall-laced spoke wheels, the gold USD forks and chunky muscular tank contributes to this ‘Man of Steel’ flavour that the bike has going for itself.

Ducati Scrambler Desert X
Ducati decided to pay homage to its Cagiva roots as the Bolognese brand unveiled the Scrambler Desert X concept. Cagiva won the Dakar rally in 1990 and 1992 -- the years that it owned Ducati. Cagiva sold off Ducati in 1996 and in 2012, it was dissolved. With the Scrambler Desert X, Ducati has brought back the early 90s Dakar racer vibe. Those twin LED headlights, the half fairing and spoke rims are enough to transport you straight to the dunes of the Sahara.

Husqvarna Norden 901
Go old school, even the Swedes had a similar idea for its upcoming adventure motorcycle. We have been in awe of modern Husqvarna designs where retro styles are given Swedish flair. The Norden 901 is no different. The name literally means ‘The North.’ Unlike the disheartening character development of Jon Snow, we are sure that when Husqvarna does make a production version of this bike, you will feel like ‘The King in the North.’

Aprilia RS 660
We just cannot take our gaze away from this bike. It might be half the motorcycle the RSV4 is but Aprilia’s RS 660 is all the sportbike that Indian enthusiasts would need. It strikes a perfect balance between sportiness and comfort for a full-faired Italian machine that wants to cater to all parts of the world. 100PS is more than enough power that one needs, which is obviously reined in well with the gamut of electronic aids that Aprilia offers. Lastly, the wings have been extensively tested inside a wind tunnel. It does not jut out awkwardly like the old RSV4 RF or the new CBR1000RR-R Fireblade.