The Nicer Way Round: Should You Really Go Touring In The Rain

Touring in the rain has tremendous appeal - until you aren’t dry anymore. Is it really worth the hassle? 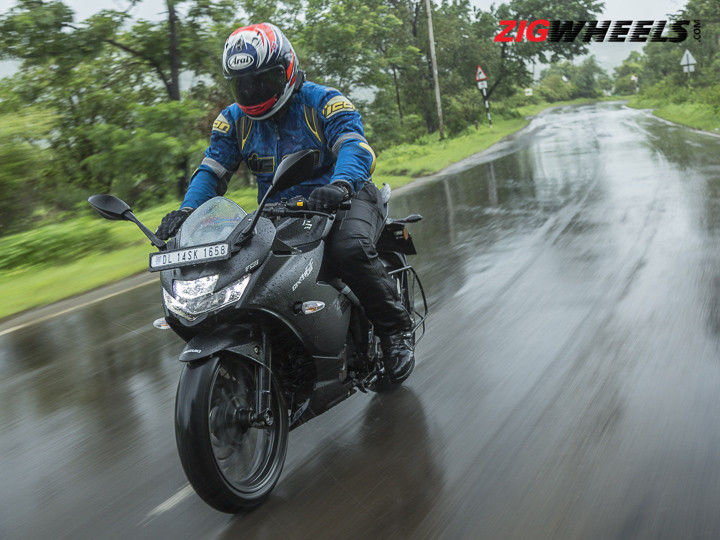 Do you like pineapple on your pizza? Is iOS really better than Android? Should you really go touring on a motorcycle in the rain? Questions like these are eternally debatable, the answers to them being hugely subjective. A binding theme with all of these questions, however, is instinct and intuitiveness. In other words, for every bit that it is a scientific choice, it is equally philosophical. It’s cerebral and romantic, all at once.

Let’s break it down. In its elemental form, touring in the rain is the same as touring at any other time of the year. Your tyres still need to maintain contact with the road, you still need to look where you’re going and your motorcycle, mechanically and dynamically, doesn’t stray away from its assigned functions. I have never known a motorcycle to self-alter its gear ratios or reduce its steering rake angle when confronted with a heavy shower. Motorcycles don’t do such things. Not yet, at least! This means that a motorcycle is entirely unaffected by the weather in general and the rain in particular. Older motorcycles with nascent heat management technologies struggle with extreme temperatures, but almost all modern motorcycles are perfectly equipped to adapt, and seamlessly at that. The same can’t be said about their riders, though.

Also Read: The Nicer Way Round - How Much Touring Should You Cram Into A Day?

While touring in the rain is principally the same as touring when it isn’t raining, there are a few elements that you must take into consideration. The first (and most obvious) one is the layer of water constantly being displaced from between your motorcycle’s tyres and the road. Improper displacement of this layer can be caused by anything from worn-out tyres to incorrect tyre pressures to exuberant steering inputs. Whatever be the cause, the result is often embarrassing and inconvenient. Enough has been written about it and published to comfortably excuse me from the mundanity of elaborating on it.

The second element to consider is visibility. Visibility is about more dimensions than just two, and you’re better off being mindful of all of them. The first is what you need to see - the road ahead, and everything that’s on and around it. The second is how you see - the ease with which you can focus on what you need to see, with the mighty inconvenience of a rain-smattered visor. The what dictates your rate of travel and the how dictates just how comfortable and safe you will be. A simple hack to lighten the pressure that comes with these is to choose when you see.

Also Read: The Nicer Way Round: Does Speed Matter?

Committing to a specific riding distance has its perils, and in the rain, you have a narrower window than you usually do. That window, depending on how good your eyes are, usually falls within about eighty per cent of the daylight range. So, if you were to adapt to a very clinical approach, it’s best to assign your riding itinerary to between 7am and 5pm. This way, you’ll stay blissfully clear of the twilight and dark. But we don’t live in an ideal world and therefore, that’s not how it always goes, right? No biggie. Owing equally to choice and circumstance, I have toured enough on rainy nights to absolutely hate it, and yet I don’t.

That decision is made by one thing - staying mentally restful. Dark clouds are intimidating and water droplets on your visor are the enemy. Most of us are wired to perceive them in this way. However, it is statistically evident that no motorcyclist has been known to have dissolved in a heavy thunderstorm. Sure, riding in soggy boots or with a wet crotch is mighty uncomfortable, but it won’t kill you. Don’t try to outrun the weather - it’s a terrible, terrible idea. You’ll be infinitely happier when you’re dry so try not to make it a matter of ‘if’.

Rain-proof riding gear is a huge help, undoubtedly. But even the best kind only buys you time. The difference between a budget rain suit versus a high-end one is that the latter delays the impact of prolonged exposure to the rain. Chances are, a high-end suit still won’t keep you bone dry, but it will keep you dry enough so you don’t feel miserable. That alone justifies it because, after all, it’s all in the head. Maybe you should give pineapple on pizza a try too, no?