The Nicer Way Round: Does Speed Matter?

Should you let speed dictate your touring dreams? Here’s some food for thought 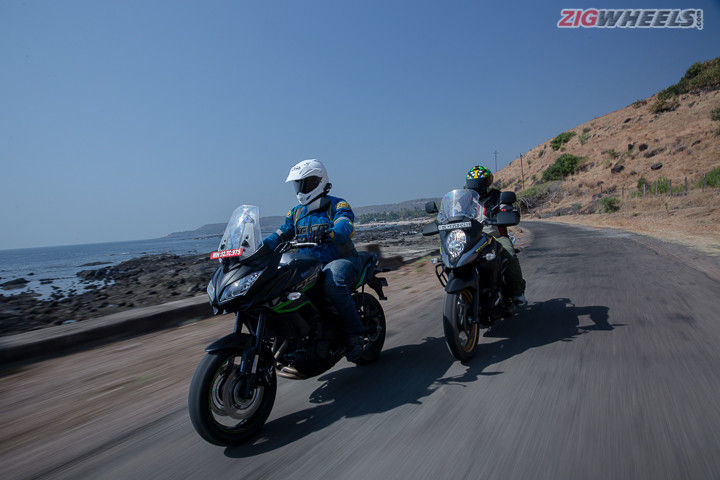 There’s no such thing as the wrong kind of motorcycle to go touring on. There is, in fact, no such thing as even an ideal kind. Motorcycles are an eternally subjective choice, layered with preferences of sensibilities and comfort, but this concept pales in comparison to a heart set on travel in its wholesomeness. The package of sights, sounds, smells, and watching the world go by from behind a visor - you’ve been daydreaming about it all through the lockdown, haven’t you?

Bet you do. Over the last few decades, people have travelled the world on track-focused superbikes and on commuter motorcycles regarded as a bit too low-capacity even for, well, commuting. Amusingly enough, some of them have even done it twice. So, have most of us missed the memo? Or is it simply bravado that makes people tour on motorcycles designed for anything but? Neither is the answer.

An unappreciated truth is, if your motorcycle is capable of running errands or commuting, it is capable of absolutely any sort of journey. Yes, even if the motorcycle parked downstairs from where you live is a Bajaj CT100 or a Hero Splendor. Sure, these motorcycles lack the equipment that comes with self-styled touring-specific motorcycles such as the Triumph Tiger or the Kawasaki Versys 650 or even a Bajaj Dominar 400, but in terms of capability or even ability, they lack nothing. Seriously.

Broadly speaking, the class-divide between motorcycles exists only because of speed. To narrow it down, the distinction emerges from the various offshoots of speed - the time a journey takes which, in turn, impacts the comfort experienced during the course of a journey. Given how visceral motorcycling is, to some, speed also defines a sort of sensory aesthetic. To my sensibilities, riding at anywhere between 70-90kmph provides just the perfect rate of scenery-blur. It’s also a speed at which I am best equipped to deal with an errant dog. I may have the reflexes to deal with (that is to say, not kill or injure) an errant dog at thrice the speed as well, but I can’t guarantee it. Not always. Skill is a great enabler, but being confident about it hasn’t always served me well. My wife has examples to cite, in case you are interested.

To some, however, this aesthetic coalesces at no less than 140kmph. Speed is a helplessly personal thing. Those who don’t get it this far into humanity, probably won’t ever. On balance, speed definitely is a greater sensation than it is an instrument. Try not to use speed as a tool to get somewhere quickly or even ‘on time’ - unless there’s a curfew awaiting (odd choice of destination, don’t you think?) or an apocalyptic storm you think you can outrun. Speed is a terrible, terrible tool.

Instead of depending on speed, make changes to other things in your itinerary. Things that don’t have fatal consequences in less-than-ideal circumstances, like starting an hour earlier, or taking shorter (or fewer, if you can help it) breaks. Nobody I know has died because they had one burger less, or a smaller Coke, or because they put up fewer Instagram stories in the course of a ride than would be considered respectable. The idea is not to hurry up, but to minimise the potentially fatal situations you can so easily find yourself in, especially on our roads. That way, when you end up with a flat tyre, you don’t have to thrust the burden of completing your journey on ‘extra speed’. The remainder of your ride no longer becomes an act of anxiety or - worse, still - a chore. It continues to be a journey, an enjoyable experience in which you transition from moment to moment seamlessly.

Think about it. You love motorcycles and the experience of riding them. You’ve been raring to sneak in ‘just one little ride’ in the last few months - and you haven’t (right?). Soon enough though, you’ll find yourself on another 12-hour riding day. That’s twelve hours of doing something you love the most. What could explain the hurry to get it over with?