Tata has resurrected the Safari badge, giving the title to the Harrier-based three-row SUV 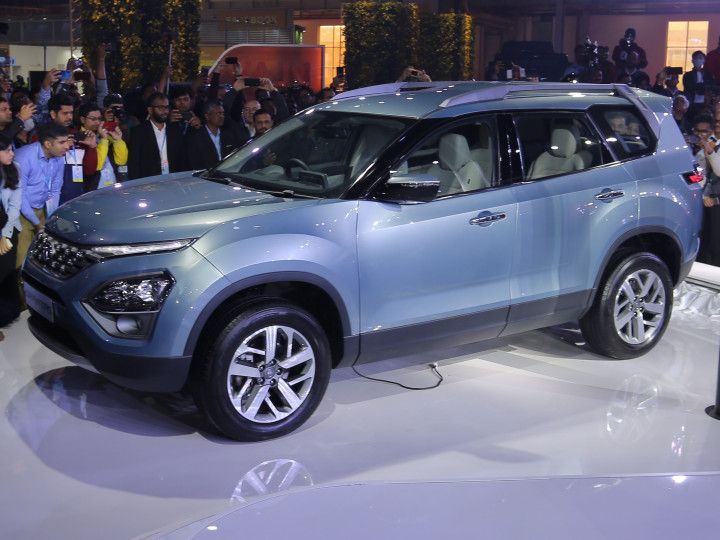 There has been a lot of anticipation surrounding the launch of the Tata Gravitas which was first showcased at Auto Expo 2020. After considerable delays due to the global pandemic, the Harrier-based three-row SUV is now expected to launch by the end of this month. However, there is still one major change. The SUV will no longer be called the Gravitas and will instead, be given the Safari badge. Here are five things you need to know about the upcoming Safari:

Revival Of The Tata Icon

At Auto Expo 2020, Tata showcased a near-production model for the Harrier-based three-row SUV, dubbed the Gravitas. After changing names from Buzzard to Gravitas, Tata has now revealed that the Gravitas was a codename for the successor to the Safari. The production-spec version will be quite similar to the Gravitas showcased, with minimal changes like the new tri-arrow grille.

Taller, Longer, But Not Wider?

In terms of design, the upcoming Safari will have a similar front-end to the Harrier. However, when it comes to size, the Safari is as wide as the Harrier, but 63mm longer and 80mm taller than the SUV it is based on. Like its predecessor, the new Safari will get an upright tail gate, a stepped roof, and a new dark blue shade which the Harrier misses out on.

The interior resembles that of the Harrier, save for a lighter and airier black-creme colour scheme and an e-brake with auto hold that is specific to the upcoming Safari. Expect the Safari to borrow features from Harrier such as an 8.8-inch touchscreen infotainment system with Android Auto and Apple CarPlay, JBL sound system, 7-inch multi-info display, drive modes, climate control, and steering-mounted controls. Being Tata’s flagship, Safari is also expected to add a powered tailgate, connected car tech as well as charging ports and vents for third-row passengers over the Harrier. On the safety front, expect features such as six airbags, ABS with EBD, rear parking camera, and traction control.

A 2.0-litre diesel unit will be the standard engine powering the Safari. It will put out 170PS of power and 350Nm of twist. Transmission options include a 6-speed manual gearbox and a 6-speed torque converter. The previous Safari was a rugged SUV with an optional 4WD system but the Harrier, which the new Safari is based on, gets only front-wheel drive. That said, the new Safari is capable of accommodating an all-wheel drivetrain and could be introduced in case of enough demand. Tata has also hinted at an all-electric powertrain in the future.

How Deep Should Your Pockets Go?

Expect the Safari to be priced at a premium of around Rs 1 lakh over the Harrier, which retails from Rs 13.84 lakh to Rs 20.30 lakh (ex-showroom). It will face competition from the likes of the MG Hector Plus and the upcoming 2021 Mahindra XUV500. The Safari is expected to be offered in 6- and 7-seater configurations.