The company which has the world's fastest autonomous electric car now has an electric SUV, and we are intrigued. 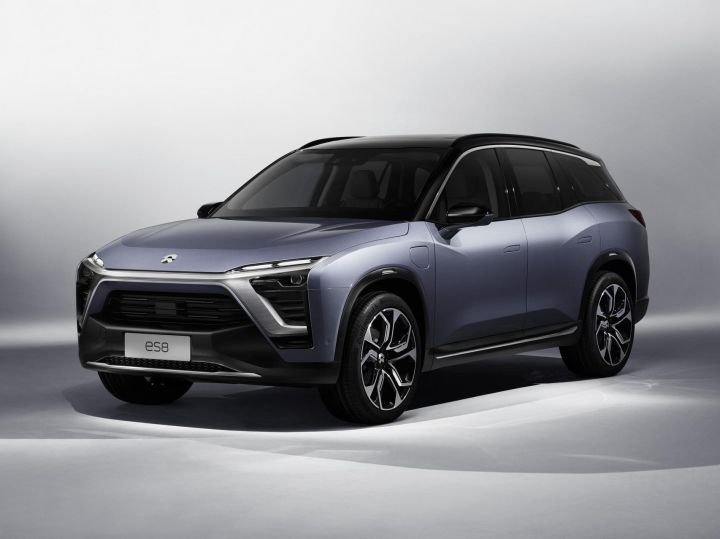 NIO, the Chinese electric car manufacturer, has launched its all-new electric SUV, the NIO ES8. It is a proper 7-seater SUV, and the best part is that it looks like one too. With a lot of electric cars, manufacturers have tried to redefine the conventional shape of a car, but the ES8 looks like it belongs in the present day and age and not in a sci-fi novel. This might just be its biggest strong point, after its price. Now, before I tell you how much it costs, consider this. The Tesla Model X, with its seven seats, autonomous tech and the electric stuff starts at around  $128,000 in the USA. The NIO ES8 gets all of that, and more space at 448,000 Chinese yuan, about $68,000 (approx Rs 43.4 lakhs).

Now that you know its cost, let talk about what matters. The NIO ES8 is powered by electric motors which gives it an electric 4-wheel-drive system. The power output of the motors is 480kW or 650PS. This enables it to launch from 0-100kmph in just 4.4 seconds, also thanks to the 0.29 drag coefficient. Impressive, but the important number is 335km - the NEDC-rated range of the SUV. Further, NIO claims that if you drive constantly at 60kmph, the SUV will go on for 500km. This is thanks to a 70Kwh battery pack which is liquid-cooled to maintain optimum temperature during consumption and charging.

Even braking is impressive, with the SUV coming to a halt from 100kmph in 33.8 metres, thanks to Bosch electric power brakes and Brembo 4-piston all-aluminium brakes.

Moving on from the tech to passenger comfort and safety. The NIO ES8 has been designed to make passengers feel at home. Hence, like any luxury SUV, there is a lot of animal sacrifice to cover the ES8 in leather. The seven seats can be folded in eight styles to get the desired combination. The interiors are simple, dominated by a centre infotainment tablet and other than that, it's pretty much a standard luxury SUV with things like heated and massage seats.

The ES8 also comes with one of the most advanced autonomous techs from NIO. The new Mobileye Eye Q4 chip used in the ES4, as claimed by NIO, has 8 times faster computing capability than the new Audi A8, and can make the NIO Pilot tech in 20 milliseconds. Also, in terms of safety, the ES98 uses an all-aluminium architecture, and that too of the same grade that is used in space shuttles and rockets. Other than that, it has 21 safety features as standard like ABS, EBD, traction control and hill climb/descend assist. And if you are worried about its reliability, 485 models have been tested in 4 continents for over 30,00,000km.

With such features available at half the price of the Tesla, the NIO ES8 really opens up the possibilities for the future of affordable electric cars. But, if you are into luxury SUVs, now there is one more, a more sensible option available in the world.