Sold as the Wuling Almaz, it could be offered in a new top-spec RS variant on its home turf 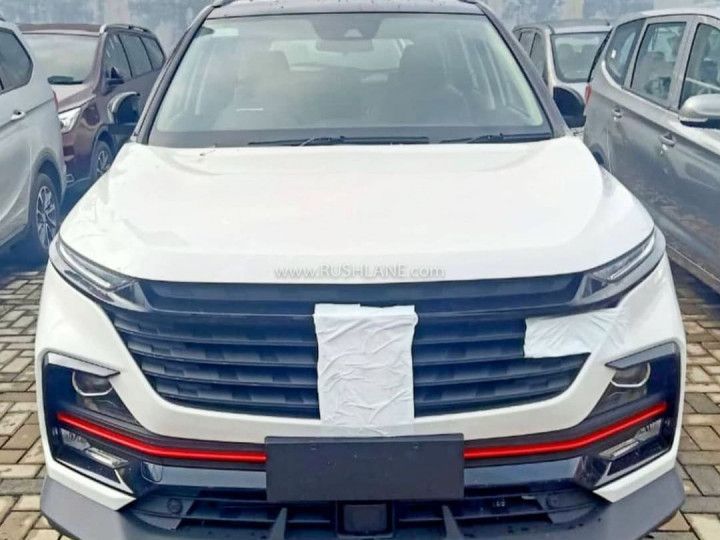 The Wuling Almaz, which is essentially the MG Hector in Indonesia, is set to get a few updates. The latest spy shots reveal a possible new top-spec RS variant and a crucial feature addition: autonomous driving technology, which could be offered in the India-spec Hector at a later stage.

The only way we know the Almaz features autonomous driving tech is due to the presence of the radar on the windscreen. Details about its functionality are scarce, but like the Gloster, we expect it to come with adaptive cruise control, lane departure warning, front collision warning, autonomous emergency braking, and auto park assist.

In terms of cosmetic updates, the model seen here is likely to be the new top-spec RS variant which gets sportier blacked-out elements. It sits on larger 18-inch alloy wheels that are similar to the India-spec Hector. Even the slatted grille is finished in black while all the chrome elements around the grille and bumper are… you guessed it... black.  Red elements in the front and rear bumper look tastefully done.

The Almaz is powered by the Hector’s 1.5-litre turbo-petrol engine that develops 140PS of power and 250Nm of torque. While a 6-speed manual is offered as standard, the automatic variants rely on a CVT, rather than the dual-clutch automatic transmission found in the India-spec Hector. The Indonesian model isn’t offered with a diesel engine.

Closer to home, MG could offer autonomous driving tech in the Hector considering the Indonesian model and the 2021 Mahindra XUV500 will come with this feature. The manufacturer has currently given the Hector, priced from Rs 12.90 lakh (ex-showroom), a nip and tuck with new features as part of its model year 2021 update.