2021 MG Hector Facelift Launched: Gets A Few Much Required Updates

Along with a cosmetic update, MG Motor India has also thrown in new features 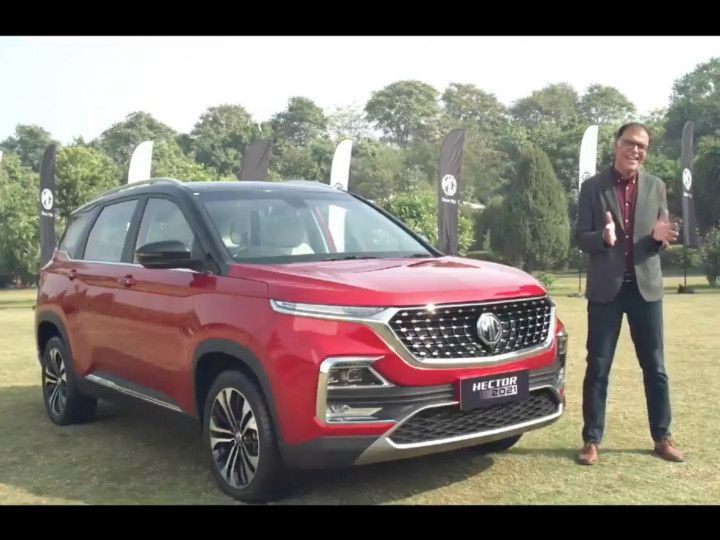 Morris Garages has launched the facelifted Hector at Rs 12.90 lakh (ex-showroom). Though it’s a mild update, it comes just a year and a half after Hector's market introduction. The facelifted model gets minor cosmetic updates and feature additions. Here’s how it’s priced now:

Prices of the Hector have been increased by up to Rs 44,000. The base-spec Sharp petrol variant has been the least affected.

The main update on the outside comes in the form of larger 18-inch dual-tone alloy wheels which give it a better stance than the outgoing model’s 17-inch units. The gaudy red strip connecting the tail lamps has been replaced by a gloss black trim. It now comes with the chrome-studded grille from the Hector Plus.

While the dashboard layout remains unchanged, it gets a black-creme dual-tone colour scheme, instead of the older all-black. The lighter colours give it an airier and more premium feel.

No changes have been made under the hood. It continues to utilise the 170PS 2.0-litre diesel engine and the 143PS 1.5-litre turbo-petrol engine. A 6-speed manual transmission is offered as standard while the petrol motor can be specced with a dual-clutch automatic. The turbo-petrol manual engine comes with the option of a 48v mild-hybrid system.