Mahindra Adventure flagged off the TriNation Escape on November 15 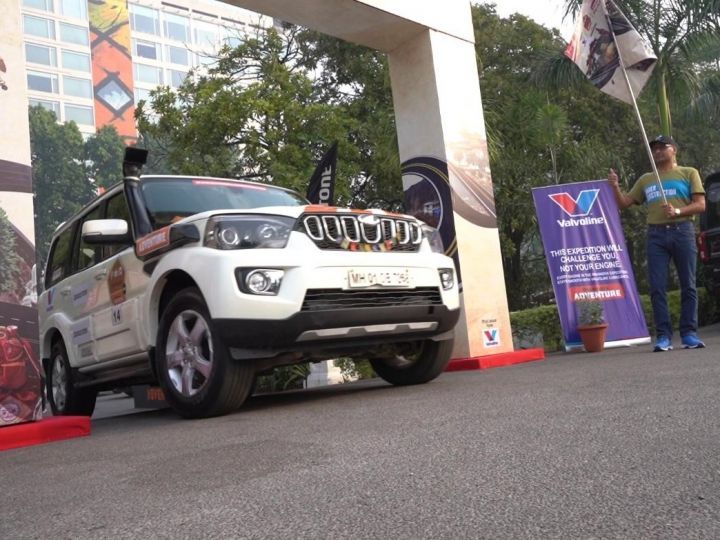 While Mahindra is readying its 2020 portfolio in which major model lines will get comprehensive cosmetic and emissions control upgrades, the company has announced the commencement of the TriNation Escape. Organised by Mahindra Adventure, the TriNation Escape is a 10-day road trip across India, Nepal, and Bhutan. This year’s drive was flagged off from Lucknow, Uttar Pradesh on November 15, and is scheduled to end in Siliguri, West Bengal on November 25. A convoy of 33 Mahindra SUVs will travel to Nepal, then Bhutan, and then back to India. A release from Mahindra states that the trip will “evoke a sense of adventure”. Sensitising the teams to other cultures and the concept of borders is the aim of the trip.

Mahindra Adventure was started by Bijoy Kumar Y in 2011, independent of the namesake carmaker. The Chief of Adventure Initiatives said, “through the TriNation Escape, we want to demonstrate that borders can exist without boundaries all the while packing the dose of adventure our expeditions have come to be known for.”

The trip, which started on November 15 in Lucknow, will take the teams in Scorpios provided by Mahindra through Gorakhpur, to the border town of Sonauli. Crossing over to Nepal, the convoy will halt at Pokhara and then head to Kathmandu. It will cross the border to Bhutan at Phuentsholing in the Chukha district, and then go to the capital, Thimphu. Paro will be the last Bhutanese halt for the cars as they advance across the border back to India, to the West Bengal town of Chalsa. On the 12th day, the teams will take flights out of Bagdogra airport in Siliguri.

The 3,000km road trip is an exciting escapade to serene landscapes. It is a trip to explore different cultures and ways of life. “The convoy of Mahindra SUVs will crest soaring mountain passes, stop off at quaint hillside villages, cross bustling cities, and historic capitals so that participants can immerse themselves in a town or city’s cultural essence."