The Alcazar Will Have Multiple Seating Options On Offer

Like most three-row SUVs in the Rs 10 lakh to 20 lakh price bracket, the Alcazar will offer 6- and 7-seater configurations, with the luxurious captain seats layout in the former 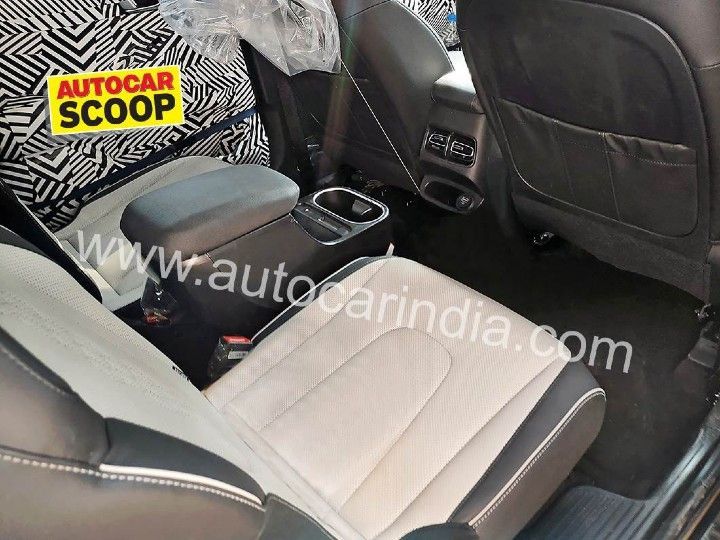 Shortly after Hyundai named its upcoming Creta-based three-row SUV as the Alcazar, more spy images of its cabin have surfaced ahead of its expected launch by mid-2021. And these latest images have provided us a clearer picture of what to expect. Hyundai has announced that it will soon unveil the new SUV.

A glimpse of the second row, has pretty much confirmed that the Alcazar will have a 6-seater layout option featuring captain seats. Some key highlights include a dedicated armrest, two cup holders and what looks like a slot for wireless phone charging. That said, the seats in the images sport the same dual-tone shade as the Creta. A snippet of the third row reveals that there seems to be enough space for two passengers, preferably kids. Expect the 7-seater layout to feature bench seats for the middle row occupants. Also expect more boot space than the Creta’s 433 litres with the third-row down.

Earlier spy shots have already revealed the 10.25-inch infotainment system and the 7-inch coloured digital instrument display retained from the Creta. As for features, it’s likely to get the majority of them from the Creta such as a panoramic sunroof, a powered driver’s seat, BlueLink connected car tech and a Bose sound system. It could get additional features like a 360-degree parking camera, front parking sensors, and a powered tailgate.

On the outside, the Alcazar will be longer than the Creta 5-seater and get distinct elements like a studded front grille, new dual-tone alloy wheels, a longer rear overhang and a tweaked rear-end with different tail lamps.

The Hyundai Alcazar is likely to garner a premium of upto Rs 1 lakh over the corresponding Creta that is priced from Rs 10 lakh to Rs 17.54 lakh (ex-showroom). It will take on the entry-level variants of the Hector Plus as well as the Tata Safari and the upcoming 2021 Mahindra XUV500.