From Maruti Suzuki’s Future-S to Kia’s SP Concept, here’re some of the concepts that went on to become game-changers in the Indian automotive space: 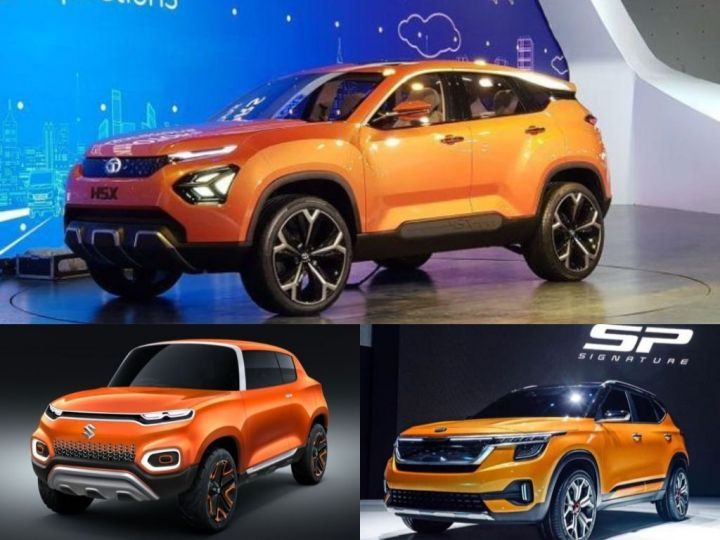 Auto Expo 2020 is fast approaching and all set to take place between February 7-12. We have already compiled a comprehensive list of all the carmakers and what they’ll be bringing to the show. Starting today, we at ZigWheels have decided to do a flashback Friday where we recount the major highlights from Auto Expo 2018. Look out for our detailed coverage each week in the run up to next year's Expo. Let’s begin with some of the concepts that made it to production and went on to become success stories for their brands:

The now omnipresent Seltos started its life as the SP Concept at the Auto Expo 2018. Kia came in with an immense 16-car lineup at the Auto Expo 2018, and it was the SP Concept that stole the limelight for obvious reasons. The SP Concept was its ticket to the Indian market and as time has revealed, Kia played its cards right, with the Seltos going on to become one of the best selling cars in India right now. Thanks to this, Kia has also climbed up the ladder at a rather quick pace, clinching its spot as the 5th largest carmaker in India (according to volumes) with just one product in its lineup. With its affordable pricing, plethora of engine-transmission combos, spot-on styling and impressive features, the Seltos is the very definition of a segment disruptor. Well, Kia has even more in stock for the Indian market. Next up is the Carnival MPV followed by a sub-4m SUV to rival the likes of the Hyundai Venue.

Tata gave us a first glimpse of the Harrier (H5X then) at the 2018 Auto Expo. With its  Land Rover underpinnings, the H5X had everything going for it, right from presence to styling. Thanks to Tata’s new design language, the H5X was an imposing looking SUV with the same design traits getting trickled down to the Harrier when it came out. The Harrier stayed closely in tune with the H5X’s design language and has proven its worth nearing a year since its launch back in January 2019. The SUV attracted over 10,000 bookings within six months and is still going strong despite facing tense competition from novel players like the Kia Seltos and the MG Hector.

The Future-S was Maruti Suzuki’s take on a mini SUV for the SUV obsessed nation. It looked chic and came with some interesting bits like suicide doors, bold styling elements and a contrasting A-pillar. We had said then that the chances of this making into production as is are slim, and that’s exactly what happened. It's a hard pill to swallow that the Future-S ended up as the Maruti Suzuki S-Presso. Nevertheless, the S-Presso, which debuted last month, comes with a BS6-compliant 1.0-litre unit capable of producing 68PS and 90Nm of torque. It is oddly styled, with a tall stance and a narrow body, but the Kwid rival has managed to appeal to its buyers, making it one of the best selling cars right now.

Along with the H5X, Tata also showcased the hotly anticipated 45X hatchback which is the Altroz. The premium hatchback, in its production guise, will finally be showcased by December this year with a launch slated for the upcoming Auto Expo. The Altroz, one of the most eagerly awaited cars in India, is expected to be powered by a 1.2-litre naturally aspirated unit, a 1.2-litre turbo-petrol motor and a detuned version of the Nexon’s 1.5-litre diesel engine. It has been spotted countless times in India, revealing various crucial bits. The name Altroz comes from the albatross, which has the largest wingspan of any bird. The connection here is that the Altroz’s front doors can open at an angle of up to 90 degrees! When launched, the Altroz will rival the Maruti Suzuki Baleno, Hyundai i20, Honda Jazz and Toyota Glanza.

Back at Auto Expo 2014, Renault showcased this quirky looking Kwid concept which later in 2016 became the Kwid that we all know. What made it cool back then were various bits such as the built-in drone, massive tyres, scissor doors and the central driving position. All of these obviously didn't make it to the production Kwid, but the entry-level hatchback has struck a chord among its buyers, crossing the 3 lakh sales mark this year. To this day, the Kwid concept remains one of the coolest showcases we’ve seen at the Auto Expo.

Will the Auto Expo 2020 surprise us with even more radical and futuristic concepts that will hopefully go on to become motoring game-changers? Fingers crossed.