Kia Beats The Curve With Record Seltos Sales In October 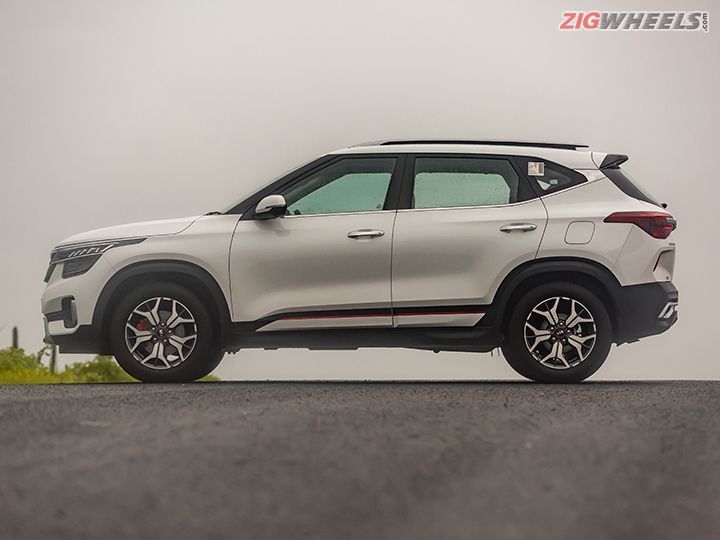 Kia Motors India first launched the Seltos sport utility vehicle (SUV) on our shore on August 22, amid an automotive industry demand slump. Yet, launches like the Seltos have helped bring up the market sentiment in the mid-size SUV segment, with a vibrant marketing campaign and interesting future offerings. The Korean carmaker announced its October sales numbers today, stating that 12,850 units of the Seltos had been sold. Total sales since launch is claimed at 26,840 units - a feat achieved in less than 80 days. Priced between Rs 9.6 lakh and Rs 16.99 lakh, the Seltos was Kia’s India debut, pitted against the likes of the MG Hector, Tata Harrier, Mahindra XUV500, and the Hyundai Creta sibling. We’ll see the company concentrate on key market segments with the Carnival multi-purpose vehicle (MPV) and later the QYI compact SUV, both of which are likely to be shown at Auto Expo 2020.

Although Hyundai has been in the country since 1998, its sister company only came to India this year, and the Seltos was its first product. The slowdown notwithstanding, Kia has received over 60,000 bookings for the Seltos. The company has no plans of stopping either (a second shift has begun at its production facility in Anantapur, Andhra Pradesh). Kia claims that the plant is capable of meeting rising demand, so bookings for the SUV will not be stopped. The company release states that the annual capacity of the plant is 3,00,000 units.

“Seltos maintains its position as the highest selling SUV in the segment,” says the news release. The Seltos has narrowly beat the Creta, which will also be updated soon. This trend is likely to change given the lower price and longer-standing reputation of the latter, but Kia has two tricks up its sleeve. The Carnival is the next Kia for India - a comfortable people carrier which offers more premium accommodations than Toyota’s ubiquitous Innova Crysta. Later next year, we expect Kia to launch a compact SUV which might be the shortened Stonic. We hope to see the two models at Auto Expo 2020. For now, the Seltos, which costs between Rs 9.6 lakh and 16.99 lakh (ex-showroom, Delhi) is Kia’s bread and butter.

Seltos maintains its position as the highest selling SUV in the segment with sales of 12,850 units in October 2019

In achieving this feat the Seltos has not only overtaken many established and newly launched SUVs in different segments but also led the way in addressing the unmet needs of the Indian car-buying customers by surpassing customers’ expectations in all areas. Kia Motors India has already received over 60,000 bookings for the Seltos till now and to ensure the timely and seamless delivery Kia has started the 2nd shift to ramp up the production at its state-of-the-art production facility in Anantapur. The company also shared that it will not close the bookings as the brand’s plant is fully capable of meeting the rising demand for the Seltos. The Korean automaker is elated to see such a strong demand for its product and has ambitious plans for the Indian market going forward.