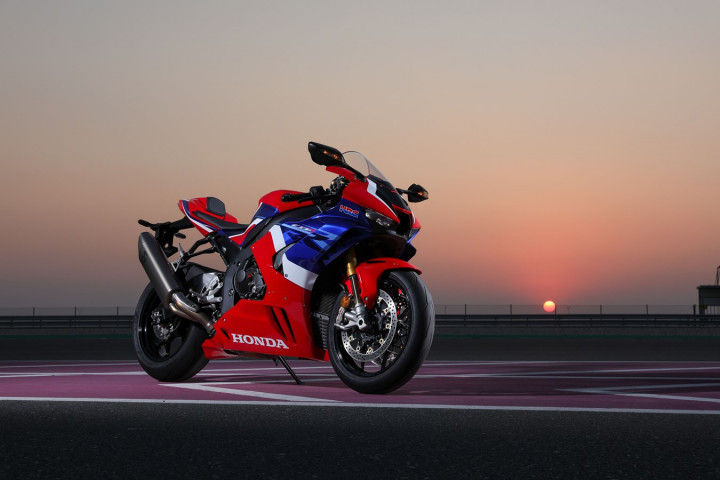 Last week Honda announced that bookings for the new CBR1000RR-R had commenced prior to its Indian launch. We have got our hands on the pricing of the upcoming superbike and it isn’t good news for Fireblade fans. According to our sources, the standard Honda CBR1000RR-R Fireblade will be priced at Rs 30 lakh and the top-spec Fireblade SP variant will carry a sticker price of Rs 34 lakh (both prices are ex-showroom). The pricing comes as a shocker as the older CBR1000RR Fireblade retailed between Rs 17 lakh and Rs 21 lakh in India.

We will have to wait till Honda officially launches both the variants in India to find the reasoning for this massive hike in price. Like its predecessor, the new Fireblades will be brought to our market via the CBU (completely built unit) route. The Honda CBR1000RR-R has made a massive leap in comparison to the older bike with respect to styling, power and features. It looks much sharper and sporty and is the first production bike to feature winglets.

Powering it is an in-line four-cylinder BS6-compliant motor that pumps out an incredible 217.5PS and 113Nm of torque. Even more impressive is the kerb weight of 201kg which gives it one of the best power-to-weight ratios for any superbike on sale. Electronic goodies include a six-axis IMU unit, nine-level traction control, wheelie control, three power modes, cornering ABS and launch control — all of which can be changed via the new TFT display. The SP variant gets additional goodies such as Ohlins semi-active suspension and Brembo Stylema calipers.

The flagship Honda superbike will compete with the BMW S 1000 RR, Ducati Panigale V4, Kawasaki Ninja ZX-10R and the Aprilia RSV4 1100 Factory, of which only the S 1000 RR complies with BS6 emission norms, but that variant hasn’t been launched yet.