Here's Your Chance To Ride A Ducati Panigale V4

The Italian bike manufacturer’s latest flagship will be the star of the upcoming multi-console motorcycling video game, RIDE 3 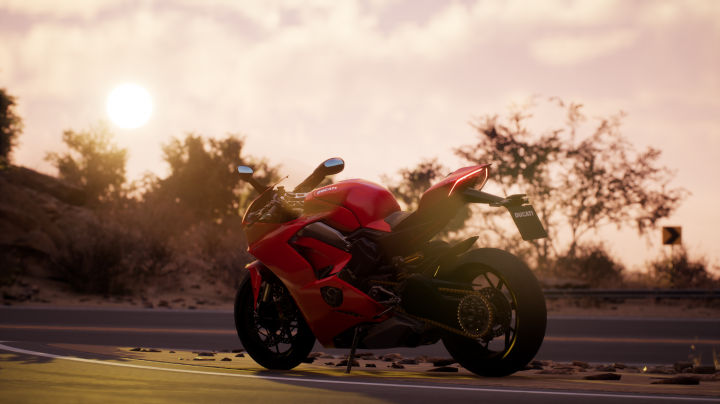 It’s no secret that the Ducati Panigale V4 is the benchmark when it comes to modern-day litre-class superbikes. Its gorgeous design has led to many enthusiasts adorning their bedroom walls with posters of Ducati’s flagship. However, its asking price of Rs 20 lakh is way more than what most can afford. After all, some of us no longer have organs to spare to pay that kind of money.

But what if we told you that there is a way to not only own and ride the Panigale V4, but also take it for a spin on exoctic tracks around the world? Sounds too good to be true, right? Well, that’s because it is. While you will not be able to climb onboard the V4 in reality, you will at least be able to simulate that experience in a virtual world. Yes, you read that right. Popular game developer, Milestone, has teamed up with Ducati to feature the Panigale V4 as the protagonist in its upcoming video game, RIDE 3.

The Panigale V4 marked a new era in the company’s history by ditching the iconic L-twin motor for a V4 configuration. The new 1103cc 4-cylinder engine is derived from Ducati’s Desmosedici MotoGP contender. It produces 217PS of power and 120Nm of torque. Read our first impressions here.

Currently, the Panigale V4 and V4 S retail for Rs 20.53 lakh and Rs 25.29 lakh (ex-showroom India), respectively. While some of us don't have the moolah to walk into a Ducati showroom and ride out with a V4, we can wait for the game to be released in November this year.