We have spotted two production-ready Huskies in Pune, hinting at a launch sooner than expected 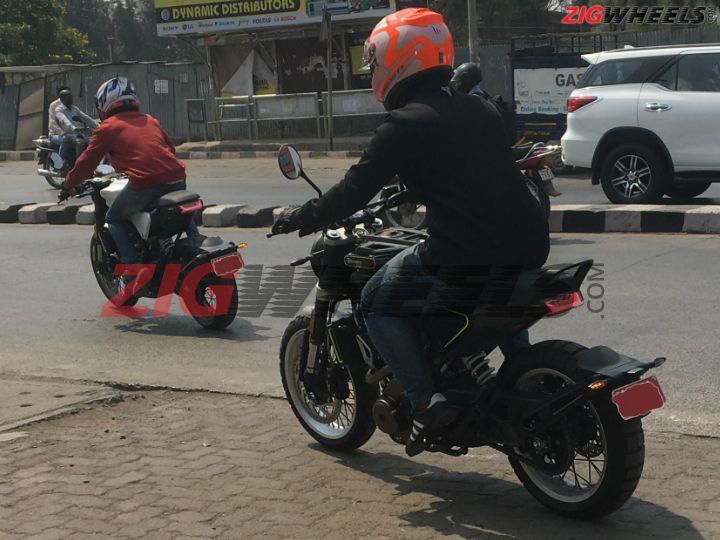 Earlier, we had reported that Husqvarna will make its India debut sometime in 2020. However, now, it seems like we might not have to wait that long. Why? Because the two beauties - Vitpilen 401 and the Svartpilen 401 - were just spotted throttling around in Pune, Maharashtra!

The Svartpilen 401, on the other hand, oozes of scrambler styling cues with its narrow bodywork and minimalistic sub-frame. Its raised handlebars, upright riding position, luggage mount on the fuel tank and knobby off-road tyres give it a more rugged look. Safe to say, both the Huskies get some unique elements to highlight their distinctive personalities.

On the features front, the Huskies feature a single-pod, fully digital instrument console with Bluetooth connectivity options (as seen on the 390 Duke), ride-by-wire throttle, slipper clutch and ABS as standard.

Both the Vitpilen 401 and the Svartpilen 401 showcase similar body panels, 17-inch spoke wheels and a short flat seat. Powering the Huskies is the same engine that we have seen on the 2017 KTM 390 Duke. This 373.3cc motor produces 44.1PS of power and 37Nm of torque. However, we expect them to be tuned differently to compliment their cafe racer and scrambler traits.

Both the bikes are built on a steel trellis frame, which is suspended upon WP 43mm USD forks at the front and a WP monoshock at the rear. The bikes are brought to a halt with the help of a 320mm front and a 230mm rear disc brake.

Will It Burn A Hole In My Pocket?

KTM will use Bajaj's Chakan plant to manufacture the Husqvarna bikes in India. So, while the local production will help in cutting down production costs, we are still expecting the Huskies to be priced at a premium over the current KTM flagship in India, the 390 Duke, which costs Rs 2.38 lakh (ex-showroom Delhi).

View All
All Upcoming Husqvarna Bikes