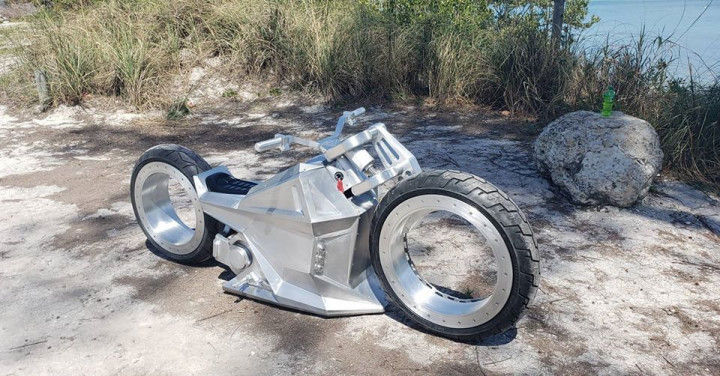 It is quite fascinating to see the future of not only mobility but also the customising scene. With everything going electric, customisers have been going ballsy and outlandish with their creations. Just like this electric cruiser from Ballistic Cycles in the US of A. While its creation has no name itself, it is in essence a tarmac-hugging low rider, a type of cruiser that is pretty popular with the Americans.

Since Ballistic Cycles is a custom house and not an emerging electric two-wheeler maker, it has not worried about building its own electric components, like the motor, batteries, controllers and other necessary circuitries. Instead, it uses the exact same configuration as the powerful Zero SR/F electric performance naked sold in America. Everything is in the same exact configuration, so it is no surprise this electric cruiser boasts a 0-100kmph acceleration time of 1.9 seconds.

What Ballistic has done is designed its own cruiser frame that will house the batteries and the other components. A custom motor mount was built with the rear disc brake integrated to it. Quite an edgy aluminium body was then designed around the frame and the components.

The complexity of this custom build was to get the hubless wheels in place. The front uses a single-sided garter fork, which itself is rare to find on motorcycles. To add to it a hubless wheel system is truly insane. A belt connects the rear wheel to the CVT transmission.

While this is an impressive build, it does remain something that is quite impractical and might need a lot of maintenance and care. But it clearly shows that the customising scene is ready for electrification.