The Honda Rebel Has Gotten One Step Closer To India! 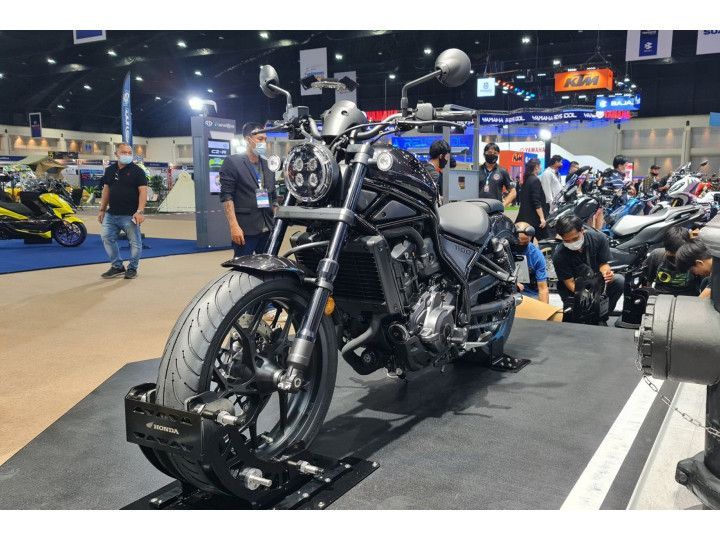 Honda has big plans for India -- it’s looking to launch the rest of its twin-cylinder 500cc range, including the Rebel 500 cruiser, in our country soon. But across the bay in Thailand, it has already launched the much larger Rebel 1100. This also marks the big Rebel’s debut in the ASEAN region, opening the door for a possible India arrival sometime in the future.

Like the smaller 500, the Rebel 1100 is also a parallel-twin cruiser, powered by the same motor as the CRF1100L Africa Twin. The ‘Twin is already on sale in India as a CBU, starting from Rs 16 lakh, further strengthening the chances of the Rebel 1100 making its way to India eventually. That being said, Honda hasn’t explicitly expressed any desire to bring the cruiser to our shores, and whatever happens, its immediate focus in India remains on the 500cc lineup, followed by 650cc models such as the CBR650R and CB650R.

As for the bike itself, the Rebel 1100 manages 87PS and 98Nm from its 1,084cc liquid-cooled engine. This motor can be mated to either a 6-speed manual gearbox or a 7-speed automatic DCT. It features all-LED lighting, fully-digital instrumentation, cruise control, traction control, and ABS as standard. The manual variant is priced at 399,000 THB in Thailand (Rs 9.32 lakh), while the DCT costs 429,000 THB (Rs 10 lakh). If it ever comes to India, the Rebel 1100 will arrive as a CBU, we reckon at around Rs 9 lakh.