The Combat Wraith belts out an astounding 195Nm! 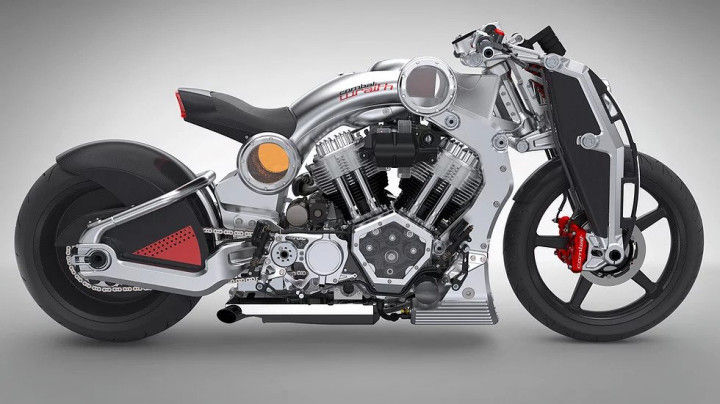 Motorcycling has always been about testing the limits of man and the machine itself. Manufacturers have been pushing the envelope with the use of forced induction, lighter components, and sophisticated electronics. Heck, now motorcycles have wings to keep them from taking off. But as the popular saying goes, ‘There is no replacement for engine displacement’. While the Triumph Rocket 3 holds the title for having the biggest and the torquiest engine seen on a production motorcycle, a new motorcycle comes pretty close to the Brit bruiser. And unlike the Rocket, this one doesn’t come with a whole lot of electronic nannies.

Boasting an S&S cycles-sourced 2,163cc V-twin engine belting out 110.5PS and an astounding 195Nm of peak torque at as low as 4,800rpm, the Combat Wraith means business. This monster of an engine is contained in an aluminium monocoque constructed using military-grade aluminium. In fact, the structure also doubles up as a fuel tank with a capacity of 17 litres.

Combat Motors takes pride in building motorcycles that will leave even the purists awestruck, hence, the Wraith sports some unique touches. The airbox, fuel tank, throttle body, and cam timing cover are transparent, so owners and fortunate spectators have a lot to ogle at.

The list of unique things doesn’t end here. The Combat Wraith is one of the rare motorcycles in the market today that sport a girder double-wishbone front suspension and an offset cantilever monoshock. UK-based bespoke brake specialist Beringer develops the brake setup for this beast. The Wraith runs a BST-sourced 19-inch wheel at the front and a 17-inch disc wheel at the rear, paired with Pirelli tyres.

Notice the two pairs of footpegs? No, Combat Motors doesn’t want you to take a pillion. Those are interlinked foot controls, giving you an option to “cruise around” with the forward-set pegs, or simply tuck in and use the rear-set pegs if you feel a bit adventurous and wish to put all that torque to use. Fancy, eh?

If you are still wondering why the design is eerily similar to the Confederate Motorcycle that’s because after Earnest Lee Capital bought the brand it was sold to Combat Motors.

Only 21 examples of the Combat Wraith will be created and buying one will set you back by USD 155,000, which roughly translates to Rs 1.14 lakh.