This festive season, we saw everything from fast hatches to SUVs to all-electric performance cars. Read on to know more 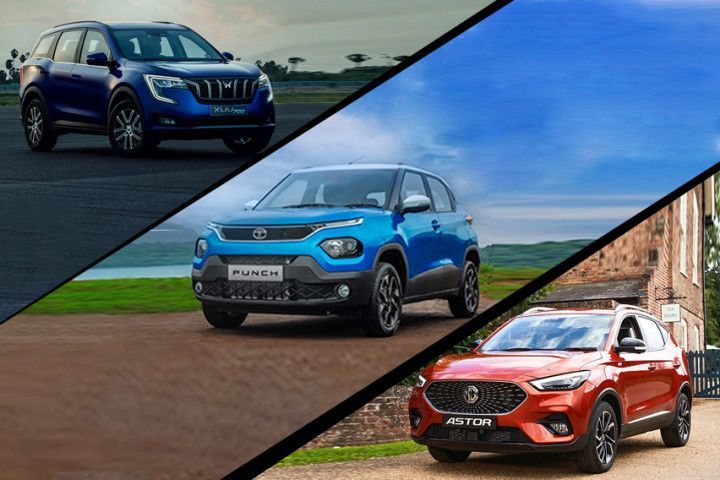 The 2021 festive season was an opportunity for carmakers to launch new models to cash in on the lost time when the country was under lockdown for almost two months this year. The last few months were action packed with important launches ranging from hot hatches to SUVs to luxury cars and electric vehicles.

So without further ado, here are the top 10 launches that attracted the spotlights:

With over 65,000 bookings under its hat, it goes without saying that the Mahindra XUV700 is one of the most successful launches this year. This must be credited to its aggressive price tag, which ranges between Rs 12.49 lakh and Rs 22.99 lakh (ex-showroom). If you’re eyeing the new XUV700 as your new SUV, then read our in-depth first drive review.

The Taigun is Volkswagen’s first model under its India 2.0 strategy and sits in the hotly contested compact SUV segment. VW’s compact SUV mainly scores for its fun-to-drive nature, punchy engines, and a decent equipment list. Also, the German carmaker has priced it right in the ballpark of its competitors, the Hyundai Creta and Kia Seltos. Read our first drive review to know our impressions.

Morris Garages might be late to the compact SUV party with the Astor. However, MG has given its segment-first features like AI tech and autonomous driving features to ensure the Astor stands out from the crowd. Then there’s the interior quality, which is easily one of the best in its segment. To know more about the Astor, read our first drive review and launch story.

The Mahindra Thar was people’s go-to choice for an off-roader under the Rs 20 lakh bracket for a long time now. However, you now have another choice in the form of the new Force Gurkha. The updated model is now more road-friendly, has more features, and most importantly, is more capable off the beaten path. You can read our launch story and first drive review for more insights.

The Hyundai i20 N Line comes across as a breath of fresh air for those looking for a ‘fast hatch’ as your choice was earlier limited to the Polo GT TSI. And unlike the VW, Hyundai has tweaked the suspension, exhaust, and design elements to give it a sportier touch. To know more about the i20 N Line, read our first drive review and launch story.

The Toyota Fortuner Legender is now a whole lot more capable, thanks to the introduction of the 4X4 AT powertrain. Along with its improved capabilities, the Legender 4X4 AT also gets the 11-speaker JBL sound system. But all of this comes at a price, which is a bit hard to digest. You can also read our in-depth first drive review of the standard Legender 4X2 AT.

Soon after launching the standard e-tron SUV, Audi didn’t waste any time in bringing its flagship EV, the e-tron GT, here. The all-electric coupe, which is India’s first electric performance car, shares its underpinnings with the Porsche Taycan. Not to mention, the e-tron GT is quite the looker. Read more about the e-tron GT in our in-depth launch story.

The new Mercedes-Benz S-Class is the pinnacle of luxury and technology in the automobile world. And while the fully loaded Launch Edition came loaded with insane tech, it needed a fat wallet as well. Now, Mercedes-Benz has started assembling the S-Class in India, and that has resulted in a massive price drop. All details here.

Volvo’s electrification journey seems to have taken off with the launch of not one but two mild hybrid offerings: the facelifted XC60 and S90. Both models get tweaks to their design and Google’s Android-based infotainment system. But the main highlight is their 250PS 2-litre mild-hybrid powertrain. Read about it by clicking here.

These are the ten models that attracted the spotlight during the 2021 festive season launches. Which model captured your eyeballs? Let us know in the comments.