2021 Mercedes-Benz S-Class Is Now Affordable By A Whopping Rs 60 Lakh!

Mercedes-Benz has begun local assembly of the new S-Class, allowing the carmaker to price it more competitively 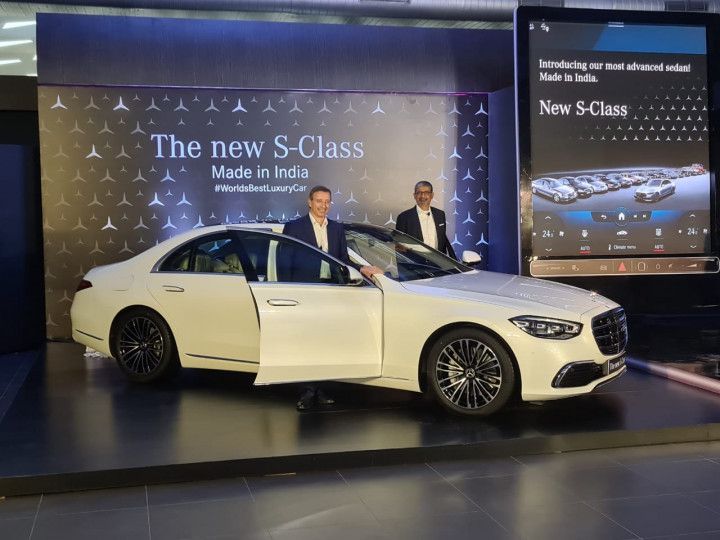 The 2021 S-Class just got a whole lot more affordable as Mercedes-Benz has begun local assembly of the flagship sedan at its Chakan plant. Prices have dropped by up to a whopping Rs 60 lakh when compared to the completely built unit (CBU) that retailed from Rs 2.17 crore (ex-showroom, pan India).

Take a detailed look at the variant-wise prices:

Except for the fact that the S-Class is now locally assembled in India, the flagship sedan remains pretty much similar to the fully imported model in terms of design and features. The S400d variant, though, has been replaced by the less powerful S350d and is up to Rs 60 lakh more affordable than before. The petrol variant, on the other hand, now costs Rs 57 lakh lesser than before.

Mercedes’ flagship sedan still remains a headturner with its smooth flowing lines and classy design touches. Dollops of chrome have been tastefully applied on the grille, bumper, side, and even the rear bumper, all lending the sedan a premium look. The keen eyed will also notice the intricate jewel-like detailing in the tail lamps, lending it an air of opulence.

Inside, the luxury sedan boasts a minimalist styled dashboard with the 12.8-inch infotainment display and 12.3-inch digital driver’s display taking centrestage. The tastefully done up metal and wood finishes lend the cabin an upmarket air, and as expected on a Merc, quality levels are right up there with the best.

The highlight, though, is the lounge-like twin rear seats with the really really soft pillows. Rear occupants are also treated with amenities like ventilated and heated seats, massaging function, twin entertainment screens, ambient lighting, neck warmer, and separate zones of climate control. You can access these features via the 7-inch tablet in the centre console.

The S-Class gets a choice of 3-litre petrol and diesel engines. The latter is now offered in a lower-spec version as the S400d has been discontinued.  Both engines are paired to a 9-speed automatic transmission, however, only the petrol gets an all-wheel drivetrain and mild hybrid system. Take a look at the detailed specifications:

With the latest price drop, the flagship sedan is now a more viable option against the Audi A8L and BMW 7 Series.