Tata Motors Drives In The Punch At Rs 5.49 Lakh, To Rival Ignis and KUV100 Nxt 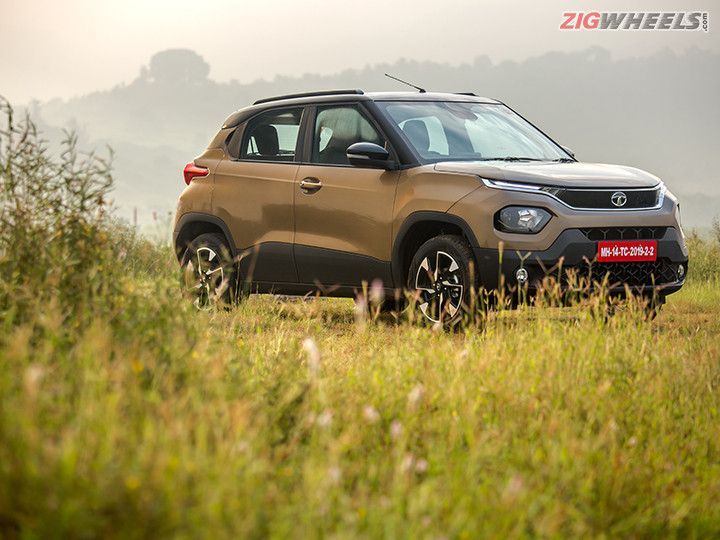 Tata Motors has launched the Punch in India at Rs 5.49 lakh. The new entry-level SUV, positioned below the Nexon, gets a naturally aspirated petrol engine, paired with manual and AMT options. It comes in four broad trims: Pure, Adventure, Accomplished, and Creative.

The Punch is based on Tata’s Alfa Arc platform, which also underpins the Altroz. When it comes to size, the micro SUV is smaller than the Nexon in all aspects except its height.

Here’s how the Punch compares to the Nexon:

Now to the Punch’s design. Up front, the micro SUV features a sleek black grille and split headlamps. Then there’s the black cladding running all around the body, lending it its rugged demeanor. The 16-inch dual-tone alloy wheels and LED tail lamps lend the SUV an upmarket appearance.

The cabin design is straightforward and clean. The dashboard gets plenty of hard plastics but of different textures, and that adds to the look and feel. Things like the seven-inch floating infotainment system, steering wheel, gear knob, and climate control knobs have been shared with the Altroz.

The Punch is powered by an 86PS 1.2-litre naturally aspirated petrol engine, paired with a 5-speed manual and an optional 5-speed AMT. That said, a 110PS 1.2-litre turbo-petrol and an all-electric powertrain can’t be ruled out completely.

The Punch locks horns with the Maruti Suzuki Ignis and Mahindra KUV100 Nxt. At its price point, the micro SUV is also an alternative to the Maruti Suzuki Swift, Hyundai Grand i10 Nios, Nissan Magnite, and Renault Kiger.