Hero Pleasure Plus Gets Connected Tech

The premium for these features is Rs 7,600 over the base LX trim 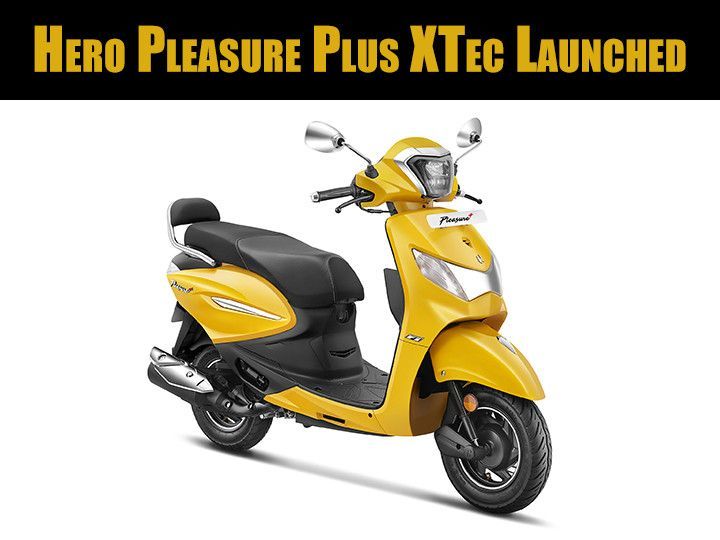 Hero MotoCorp has been teasing the arrival of a new variant of its popular 110cc scooter offering, the Pleasure Plus, for a while. The new trim, called the Pleasure Plus XTec, was finally launched at Rs 69,500 (ex-showroom Delhi), with quite a lot of fancy features to boast.

What’s The Price? Who Are Its Rivals?
Hero has launched the Pleasure Plus XTec at Rs 69,500 (ex-showroom Delhi). That’s Rs 7,600 more than the base LX trim of the scooter and Rs 3,100 more than the fancy Platinum edition model. With the new XTec model, the Pleasure Plus becomes the only scooter in the segment to get connectivity features, beating the likes of the Honda Activa 6G and the TVS Jupiter to earn this tag.

What’s New?
While the main difference remains the new smartphone connectivity-enabled dash, visually too there are some differences. The XTec model gets a LED projector headlight, which is said to be 25 percent brighter, instead of a bulb unit. It gets a few chrome accents here and there as well as a pillion seat backrest. Hero has switched to a metal front fender to add to the scooter’s sense of durability. There’s a bright ‘Jubilant Yellow’ shade to lend it a fresh look.

Coming to the dash, the XTec allows you to connect your smartphone to the scooter via the Hero MyRide app. Sadly, the system here only displays incoming calls and messages, no turn-by-turn navigation like the XPulse 200.

What’s Unchanged?
Virtually everything else on the Pleasure Plus remains the same. The 110cc motor makes the same 8.11PS and 8.7Nm, with Hero’s trademarked i3S stop-start tech present as always. A telescopic fork and monoshock setup suspends the underbone frame while the scooter continues to run on small 10-inch wheels.

ZigSays
With the XTec variant, Hero has spruced up the appeal of the Pleasure Plus a bit. Paying Rs 3100 extra does seem like a bit much for basically a new headlight and a relatively simple console. But hey, in this world where bragging rights about having such features matters just as much as the vehicle itself, there will be quite a few takers for it.