Thanks to the update, the XPulse 200 truly prevails over its arch-rival, the Honda CB200X 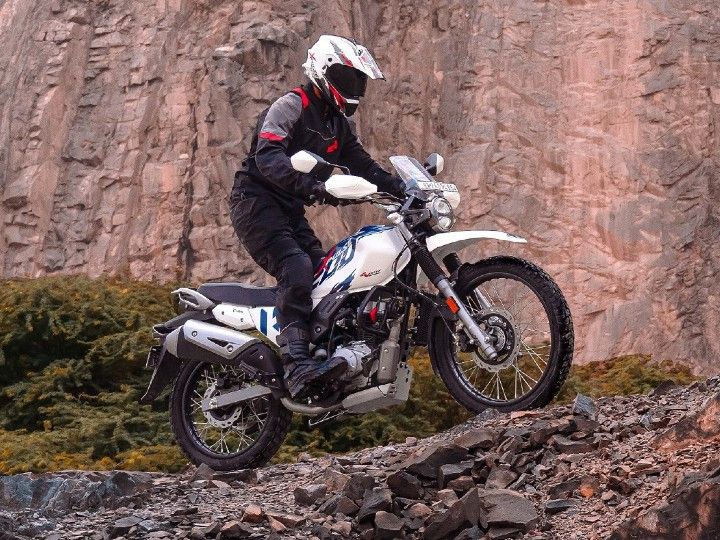 Hero MotoCorp has launched the 2021 XPulse 200. The XPulse 200 is arguably the most affordable and likeable entry-level ADV in the country. And with this update, Hero has smoothened out all its rough edges, making it even better than before.

The XPulse 200 4V is offered only in one variant, and there are three colours available: Trail Blue, Blitz Blue, and Red Raid.

Hero has made a couple of changes to the XPulse 200. The most significant one comes to the engine; the 199cc motor now gets a 4-valve setup, bumping up its output to 19.1PS and 17.35Nm, 1.02PS and 0.9Nm more than the current bike. Hero claims the extra juice will improve its top-end performance. Topping this off is a new 7-fin oil cooler, and updated gear ratios for better acceleration.

Next up, the XPulse gets a new integrated engine start/stop switch. This isn’t a crucial update, but it’s convenient and makes the switchgear look clutter-free. The LED headlamp has also been updated for better illumination.

As mentioned before, you also get new colour options with updated graphics. The motorcycle also features an improved seat profile, resulting in 2mm taller height, at 825mm.

Most of the bike remains unchanged -- right from the tall, gaitered telescopic fork to the ABS-equipped braking setup. Probably because there wasn’t much to complain about in the first place.

The XPulse continues with the same digital instrument cluster with smartphone connectivity and turn-by-turn navigation, and spoke wheels that are more suitable for off-roading. The 220mm ground clearance also remains the same.

The Hero XPulse 200 has always been an impressive motorcycle. And with the new updates, it’s only gotten better. However, even though there’s been a bump up in power on paper, we will have to ride it to see how it actually fares at triple-digit speeds. Nevertheless, for the price, the XPulse 200 continues to be an excellent choice for new riders looking to get off the beaten path without breaking their banks.