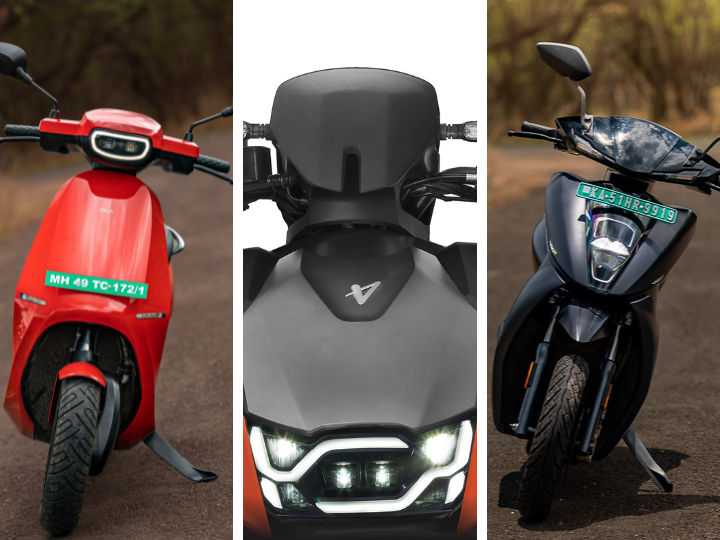 Ather, Ola and Vida are three of the biggest names in the two-wheeled EV space today. While their respective e-scoots – 450X, S1 and V1 – are rather closely matched in terms of hardware, features are what set them apart. So, let’s have a look at which of these smart scooters is the smartest by comparing the features they have to offer.

All three electric scooters feature a crisp seven-inch touchscreen, colour TFT consoles. However, the unit on the Vida V1 looks a bit more premium thanks to its floating design. In terms of responsiveness, the Ather 450 has a better user interface, while we found the Ola S1 and Vida V1 to be a bit laggy. That said, the Vida V1 is the only scooter with physical buttons on the switchgear to navigate through the on-screen menu.

When comparing the features that are on offer, the Ola S1 clearly takes the cake with a plethora of options on offer. All three scoots have the basics covered, having geo-fencing, anti-theft and e-document storage, but the V1 misses out on call and sms alert and music control.

Speaking of navigation, the Vida V1 only gets turn-by-turn navigation (for now) using smartphone connectivity and not the full onboard navigation like the other two. Similarly, the Ather 450 misses out on cruise control, while the others do not. But if you are cruising, only the Ola S1 offers onboard music playback, which is pretty cool to be honest.

In terms of practicality, all three e-scooters offer the basics like USB charging and live location tracking you’d need for your daily commutes. That said, the Ola S1 gets voice-assistance, and the Ather 450 has a tyre pressure monitor as an optional extra which is an extremely useful, yet often overlooked, tool to have.

Charging an EV is never the easiest given the lack of proper support infrastructure in the country. Hence, the Vida V1 scores another point for practicality because it can be charged in three separate ways.

First up, it gets a fast charger like the others, but it uses Ather’s open standards, hence you can either use Vida’s own fast charger or Ather’s to get a full zip. Second- it supports conventional home-charging using a portable charger and the third way is by having battery packs that are removable. The Ather and Ola simply can’t compete with this convenience because both of their e-scooters run on fixed batteries.

There is no doubt that EVs will alter the way we look at vehicles in the future. They will expand beyond the horizon of just means of commute and travel. These three brands are constantly trying to push the envelope of what’s possible even further with every OTA (over-the-air) update or iteration.

Yes these e-scooters are expensive by conventional scooter standards, but the features they pack help them make ICE scooters feel like simple mechanical tools running on dinosaur juice. 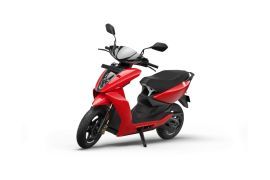