Honda has given its highest selling motorcycle in India a dose of style, new features, and a mechanical update by providing a 5-speed gearbox in the form of the new CB Shine SP 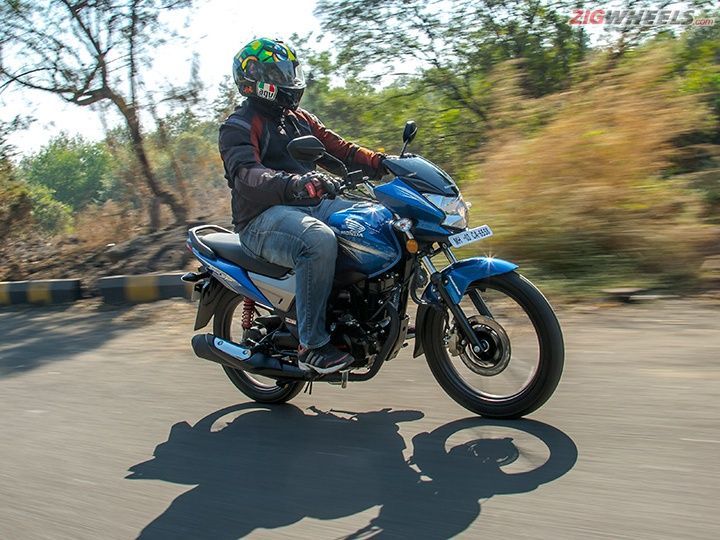 When one talks about 125cc motorcycles, the first name that comes to everyone’s mind is probably the Honda CB Shine. Having sold over 43 lakh units since its launch, it is the undisputed king in the 125cc two-wheeler space with a market share of over 45 per cent, both impressive stats to say the least. In fact, the Honda CB Shine is currently the highest selling motorcycle for the Japanese two-wheeler giant on a global scale. Despite all these accolades and benchmark sales figures, Honda thinks there is space for more. It feels that there is a demand for a premium 125cc offering with a bit of aspirational value attached to it, and that’s how the new Honda Shine SP came in being. It isn’t the first occasion that Honda is playing the premium card game as it recently launched the Honda Livo which was marketed as a premium commuter bike. We put the new Honda CB Shine SP to the test to find out whether it is a better buy then the segment yardstick or not.

The styling of the new Honda Shine SP isn’t radically different from the standard motorcycle as the basic silhouette for both the bikes is same. But look closely and the design differentiation slowly sinks in. The trapezoidal headlamp is more raked out and aggressive, quite akin to what we’ve already seen on the Honda Livo, while the windscreen is larger too. The fuel tank gets mild contours on it while the new graphics make them look more appealing. The centre panel gets a dual-tone finish which does a good job in balancing out the overall design of the bike. The tail section remains a simple affair with a conventional tail lamp unit below which sit the clear lens indicators. The grab handle has been coated in a soft-touch PVC material which makes it more comfortable to hold but reliability remains questionable.

Style highlights on the Honda CB Shine SP include the multi-spoke alloy wheels that look great in the flesh, a two-piece stubby muffler with chrome heat shield, and the rear suspension springs draped in a bright red shade. The instrument console has been completely overhauled on the new CB Shine SP, and it now gets a part-digital instrument cluster instead of the all-analogue unit as seen on the standard bike. The speedometer remains analogue while the odometer, trip meter and the fuel gauge get a digital display. The cluster is neatly laid out and is easy to read on the go. Switch gear remains unchanged which is a bit disappointing for a premium offering as they feel a generation old and out of place here. Fit and finish is of the first order with tight panel gaps and a lustrous paint finish.

The new Honda CB Shine SP is propelled by a 125cc air-cooled, single-cylinder motor rated to produce 10.6PS at 7,500rpm and 10.3Nm at 5,500rpm. Mechanically the engine remains unchanged except for the addition of the aforementioned new 5-speed gearbox. Start the engine and the motor purrs to an idle in typical Honda fashion. Acceleration of the motorcycle is impressive for its size and the Honda CB Shine SP keeps on chugging till the 80kmph mark post which there is a drop in performance which is understandable. The extra gear is extremely useful on the highways and one can cruise the motorcycle around 80kmph without much effort and the engine doesn’t feel as stressed as it is on the standard motorcycle at higher speeds. Having said that, the Shine SP’s mill isn’t the most refined of souls as vibes can be felt from the handlebars and we hope Honda is able to improve NVH levels of the motorcycle in the near future.

The bike also faces cold starting issues and one has to warm-up the motor with the help of the choke (conveniently placed below the horn switch) which gets irritating when you’re in a hurry to leave. The gear ratios are well distributed as the first three gears are closely spaced out for city riding and the shift quality offered is crisp and impressive. Talking about riding dynamics, it’s exactly similar to the standard variant - an upright and comfortable riding posture.

Ride comfort is among the most important criterion for buyers in this segment as owners tend to spend a lot of time on the saddle commuting. The Honda CB Shine SP aced the ride quality test as it absorbed broken roads, undulations and more with aplomb, and the suspension setup is spot on. More than outright corner carving a commuter bike has to be manoeuvrable to squeeze out from the tightest of gaps while tackling the arduous traffic conditions of metro cities. The low seat height and kerb weight endows the CB Shine SP with great agility and its great fun to ride the motorcycle in the cityscape.

Show it some fast corners and the bike feels planted with good grip from the MRF tyres. The model we tested was the top-spec CBS (Combined Braking System) variant with disc brake at the front and drum brake at the rear. Braking performance was satisfactory but we would have favoured better bite and progression from the disc brake up front.

The Honda CB Shine SP is offered in three variants – standard, deluxe and CBS. The base variant has been priced at Rs 59,901; the front disc brake variant carries a sticker price of Rs 62,399, and the CBS variant retails for Rs 64,400 (all prices ex-showroom Delhi). Spec-to-spec, the Shine SP carries a premium of around Rs 4,400 over its standard sibling and in terms of value for money, the mid-spec Honda CB Shine SP DX makes the most sense in our opinion. Honda had stated that the extra gear has reduced the fuel efficiency from the standard variant, and claimed a mileage figure of 65kmpl for the newer model. In our fuel efficiency run, the Honda CB Shine SP returned an overall mileage figure of 62kmpl which is good for a 125cc offering.

At the end of the day, the Honda CB Shine SP does come out as a well thought out product. It has the visual appeal which should attract the youth towards the CB Shine family as the bland styling of the standard motorcycle was targeted towards mature buyers. Apart from the styling enhancements and addition of new features, the mechanical update has really made a difference. The 5-speed gearbox makes the Honda CB Shine SP feel more composed at higher speeds while adding to the performance aspect of the motorcycle. But the new additions do come at a cost, and that is the price tag which is roughly Rs 4,400 more than the standard variant. Does it justify the premium? The answer is yes; in the form of the new CB Shine SP buyers now have an option of a stylish, comfortable and frugal 125cc workhorse.