While Yamaha India has been conservative when it comes to big bikes, you can now at least ride a couple of them in the PUBG Mobile video game 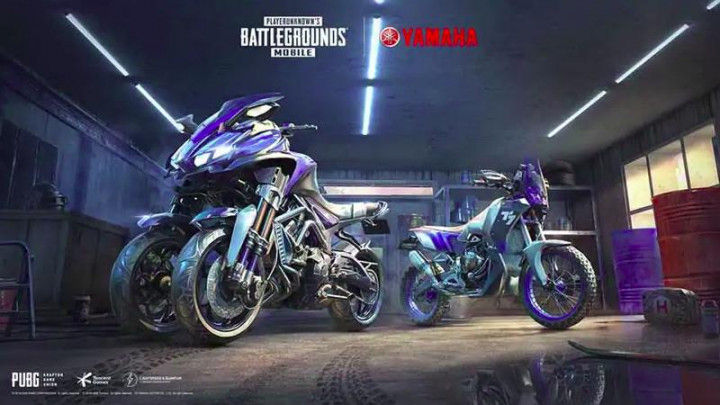 Yamaha India has been quite conservative when it comes to big bikes. It used to sell only the YZF-R1 and the MT-09 a few months ago, and even they have been discontinued as they do not comply with BS6 emission norms yet. While Yamaha’s portfolio internationally has been quite mouth-watering, its India lineup has been a bit disappointing, especially when it comes to its big bikes. But now us Indians can finally get a taste of not one but two big Yamahas, albeit only virtually.

Yamaha’s futuristic three-wheeled motorcycle, the Yamaha Niken, and the capable T7 Concept ADV (Tenere 700’s concept version) are now available in the popular multiplayer shooter mobile video game PlayerUnknown’s Battlegrounds. More popularly known as PUBG, this game has become one of the most played games in the country and the world thanks to its massively multiplayer nature. In fact, up to 100 players can join a game at a time.

This enables a lot of players to connect with their friends and have fun scavenging weapons and fighting battles on a huge map that’s shrinking slowly until one victorious survivor emerges, a popular gaming format known as “Battle Royale” after the gory Japanese movie of the same name. Players can also travel across the map using in-game vehicles, and this is where Yamaha’s new bikes come into play (pardon the pun).

The icing on the cake is that PUBG is essentially free to play. But while the game itself is free, you invariably end up spending money if you want cool stuff like apparels and other cosmetics in-game.

The bikes can be found on Yamaha crates which contain random loot, including Yamaha’s ‘ZENITH’ graphic helmet and ‘CONTEND’ jacket, which the players can wear. The Niken bears the moniker MWT-9 in the game. You can open the Yamaha crate by paying ‘Unknown Cash,’ an in-game currency. Since it depends on luck, you may have to open more than one crate to get the bike(s). One can buy more in-game currency by spending real money online, and that’s how the game developers make their money.

Mind you, the Yamaha crates are limited till July 22. Players who log in for three days before the deadline will also receive a free Yamaha special crate which unlocks the MWT-9, the helmet and the jacket for a trial period of one week.

We’ve all gawked over the Niken, a three-wheeled leaning ‘motorcycle,’ when it came out back at the 2017 Tokyo Motor Show. A year earlier, at the EICMA show, Yamaha unveiled the Dakar-esque T7 ADV concept. While the Niken will almost certainly never make it to India, the PUBG skin should serve as an excellent awareness campaign for not only the bike but also for the brand itself. Even the T7 Concept should be a neat precursor should Yamaha launch the Tenere 700 in India in the future. In fact, it is reported that around 35 per cent of PUBG’s global downloads is from India.

This isn’t the first time a shooting video game is using a licensed in-game vehicle. Back in 2011, a limited-edition Jeep Wrangler was featured in the ‘Call Of Duty: Modern Warfare 3.’ In fact, Jeep even made and sold the limited-edition vehicle in real life. That’s the kind of impact the gaming industry has.